China said Thursday that a leading pro-government Muslim cleric in the volatile northwestern territory of Xinjiang was murdered, and police killed two suspects and captured another. The state media reports were the first official confirmation of the murder of Jume Tahir after dawn prayers on Wednesday, the latest in a string of increasingly violent and brazen acts targeting government supporters and institutions. Tahir, 74, had led the 600-year-old Id Kah mosque in the city of Kashgar since 2003, and was a strong supporter of government policy on Islam that critics say imposes harsh restrictions on Muslims. Violence has sharply increased over recent months in Xinjiang, where radicals among the native Turkic Muslim Uighur minority have pursued a violent campaign to overthrow Chinese rule. On Monday, the government said militants armed with knives and axes killed or injured dozens of people in Shache county near Kashgar.

The people of all ethnic groups in Xinjiang are enjoying more and more rights and interests economically or politically. 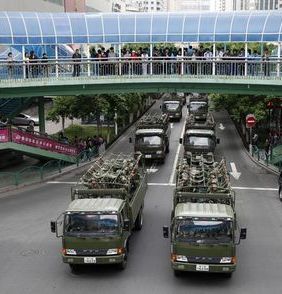