China has accused Vietnam of ramming its ships more than 1,000 times in a disputed part of the South China Sea. Shortly after China brought its oil rig into the area, Vietnam sent a large number of vessels, frogmen, and dropped numerous obstacles, including fishing nets, into the sea, China’s foreign ministry said on Sunday. China claims most of the disputed water and has been taking various steps to assert its claim, raising tension in particular with Vietnam and the Philippines.

As of 5 p.m. on 7 June, there were as many as 63 Vietnamese vessels in the area at the peak, attempting to break through China’s cordon and ramming the Chinese government ships for a total of 1,416 times.

A Vietnamese fishing boat sank on May 26 during a confrontation not far from where China has towed an oil rig, accompanied by a cordon of Chinese vessels, 240 km off Vietnam. The two sides have been trading accusations over the incident and last week, Vietnam state television broadcast video showed a large Chinese vessel steaming after two smaller Vietnamese fishing boats. The dispute is the most serious deterioration of relations between the Communist states and traditional rivals since a brief war in 1979 following Vietnam’s invasion of Cambodia.

China wants good relations with Vietnam, but there are principles that China cannot abandon. The channel of communication between China and Vietnam is open. 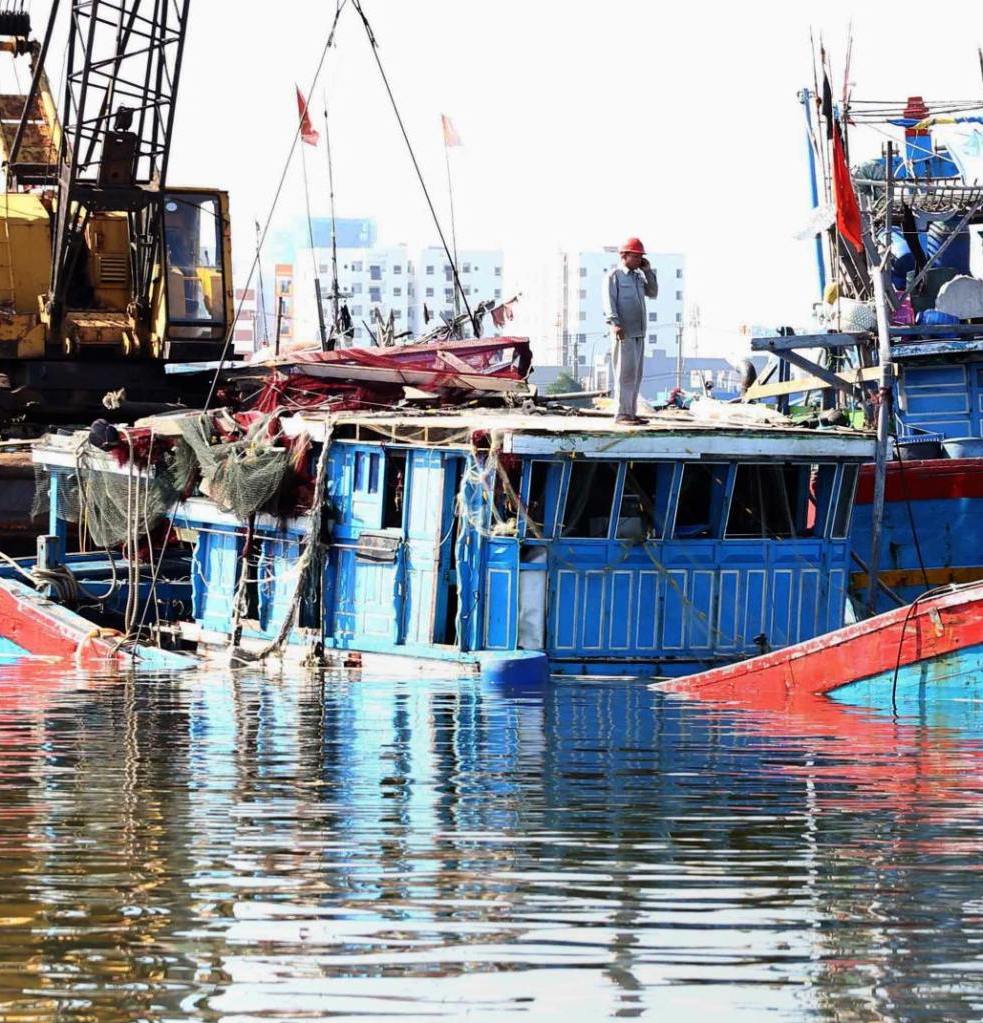