The pair who fatally shot two Las Vegas officers and a civilian before killing themselves were reportedly white supremacists who targeted police. The two suspects were married, the Las Vegas Review-Journal reported. They killed themselves in an apparent suicide pact. Their identities have not been released but their home was being raided by police. The Review-Journal said investigators had found paraphernalia associated with white supremacy theories as well as swastikas.

One of the officers was able to fire back before he died, but it’s unclear if he hit the suspects.

The attack at a CiCi’s Pizza restaurant on Sunday killed Officers Alyn Beck, 41, and Igor Soldo, 31, who were both husbands and fathers. One of the shooters yelled: “This is a revolution”. The two suspects, a man and a woman, then fled to a Walmart across the street, where they gunned down a person just inside the front door and exchanged gunfire with police before killing themselves. The officers were “having lunch when they were ambushed”, Las Vegas police said in a statement . Both officers were pronounced dead at hospital.

We saw when the man was walking, he was shouting, yelling bad words, and suddenly he had a gun. It was terrible, it was terrible. That man was crazy. 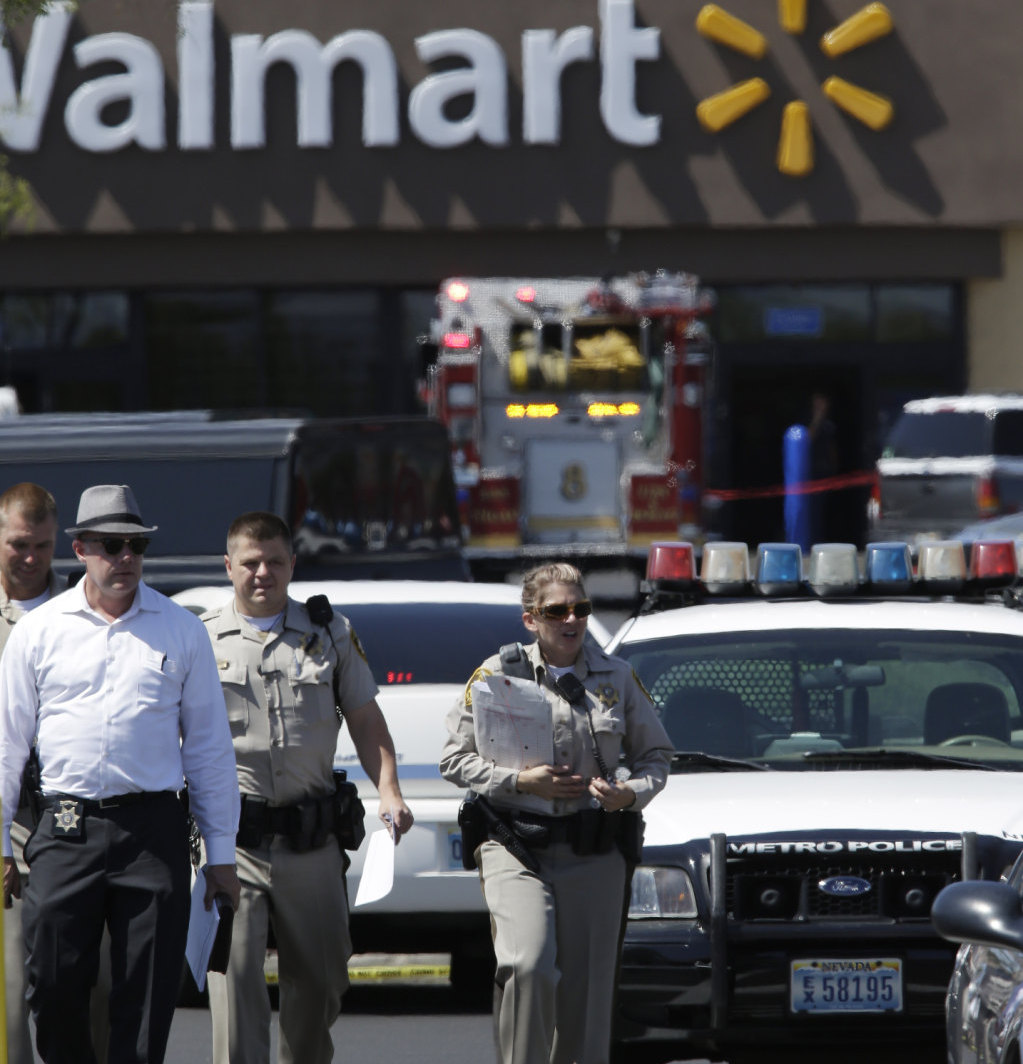