China’s Alibaba files in U.S. for what may be biggest tech IPO

Alibaba gave investors a closer look at the scale and growth of the Chinese e-commerce juggernaut in an initial public offering (IPO) prospectus filed on Tuesday, the first step in what could be the largest technology debut in history. Alibaba Group Holding Ltd, which powers 80 per cent of all online commerce in the world’s second-largest economy, is expected to raise more than $15billion (£8.7billion), and could top the $16billion pulled in by Facebook Inc FB.O when it listed in 2012.

If it’s able to transport that kind of power to outside China, it has the potential to become a true global e-commerce powerhouse.

The bulk of the proceeds will go to Yahoo Inc, which bought a 40 per cent stake in Alibaba in 2005 for $1billion and which must sell more than a third of its current 22.6 per cent stake through the IPO. Alibaba also plans to sell new shares, people familiar with the plans have said, to bulk up a cash war chest depleted by a rash of recent acquisitions. Alibaba will become the largest Chinese corporation to list in the U.S. Estimates of Alibaba’s market value have soared in recent months, to even beyond $200billion, underscoring Wall Street’s eagerness to take a crack at a massive Chinese company with robust growth. 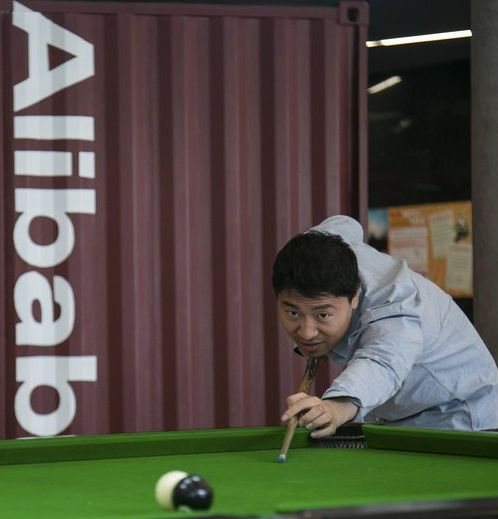