Police shot dead 13 attackers in China’s restive Xinjiang region after they rammed a car into a police station and detonated explosives, Xinhua news agency reported on Saturday. Xinjiang is the traditional home of Muslim Uighurs who speak a Turkic language, and China has blamed previous attacks on Islamist separatists it says seek to establish an independent state there called East Turkestan.

Three police officers were lightly wounded, but there were no casualties among the public.

China has been on edge since a suicide bombing last month killed 39 people at a market in Xinjiang’s regional capital Urumqi. In March, 29 people were stabbed to death at a train station in the southwestern city of Kunming. The government says the assailants have ties to Islamic terror groups abroad, but provides little direct evidence. 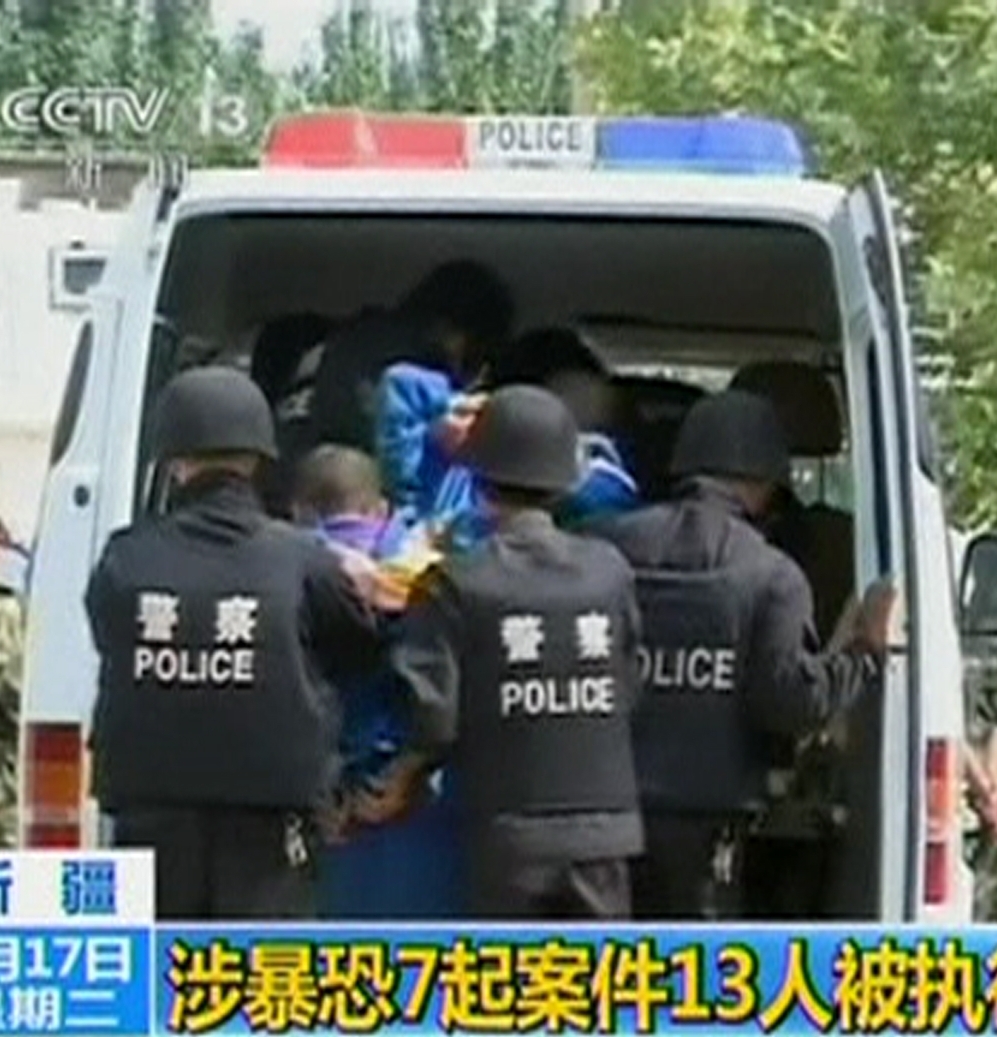