Yemen’s conflict is driving an already impoverished country towards humanitarian disaster, displacing tens of thousands of families and exposing many more to the threat of disease and malnutrition, the United Nations children’s agency UNICEF said on Monday. The Arabian Peninsula’s poorest state has endured years of unrest, but nearly two weeks of war between rebel Houthi fighters and pro-government forces - backed by a Saudi-led campaign of air strikes - has put millions of people in danger. UNICEF’s Yemen representative Julien Harneis said “many, many children” had been killed in the fighting.

UNICEF and the International Committee of the Red Cross are both trying to fly aid shipments into Yemen on Tuesday to start addressing the dire conditions, but say they have struggled to get approval from the Saudi-led coalition and to find planes which will fly into the conflict zone. Yemen is just one of a handful of Arab countries including Syria, Iraq and Libya which show many signs of failed statehood, as armed insurgencies erode central authority. But even before the latest conflict, it was more fragile than others. 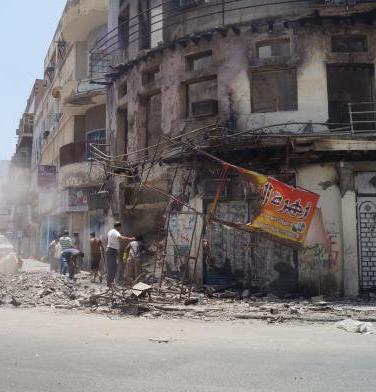