Cosplay all the way: Robots and dinosaurs as Japan holds ‘smiling’ gala

Robots and dinosaurs mingled with cosplayers as Japan’s largest video-sharing website Niconico on Saturday opened its two-day meet-up gala which is expected to attract more than 100,000 fans for the offline get together. The Niconico - which means smiling - website hosts video-sharing communities of various interests, ranging from robots, animation and cosplaying to politics, sumo and the military. The annual offline meet-up, at which display booths and stages are aired live online for those who can’t make it in person, last year drew about 125,000 visitors, with some 7.6 million viewers logged on to watch through the Internet, the organiser said. Among the newcomers this year was a squad of Pepper androids. An interactive Pepper, developed by French robot-maker Aldebaran, was unveiled last year and has already received customers at scores of Japanese stores of mobile carrier Softbank. But at the cultural festival, several Peppers sang and danced together in a band. Next to the stage, another Pepper was dressed as a Japanese Shinto priest, meeting with visitors who bowed before the android. 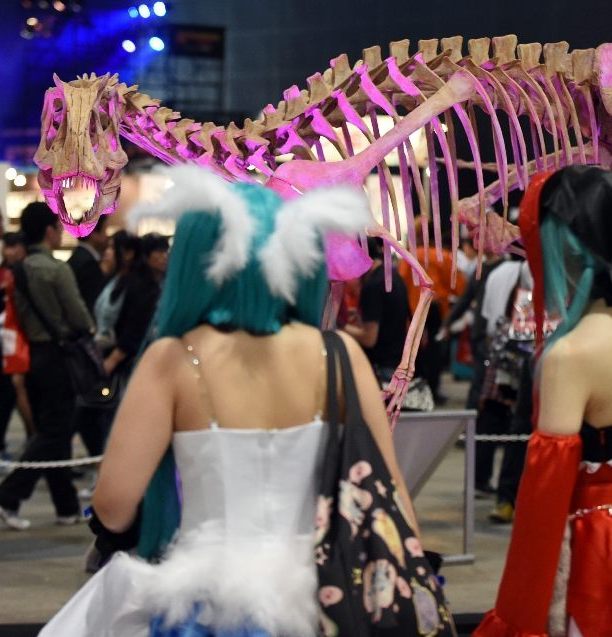