Countdown appears to start for execution of foreigners in Indonesia

Indonesia has asked foreign embassies to send representatives to a maximum security prison for the expected execution of 10 drug convicts, although an official 72-hour notice of execution has not been given yet, diplomats said on Friday.

We still don’t know when the actual date of execution will happen but we expect that it will be in days.

A police spokesman said orders to prepare the firing squad had not yet come from the Attorney General’s Office. Indonesia’s Supreme Court this week rejected the final appeals of a French prisoner and another from Ghana, according to media reports. Among the convicted drug offenders set to face the firing squad are nationals from Australia, Brazil, France, Nigeria, and the Philippines, and the case has strained relations between the governments of those nations and Indonesia. 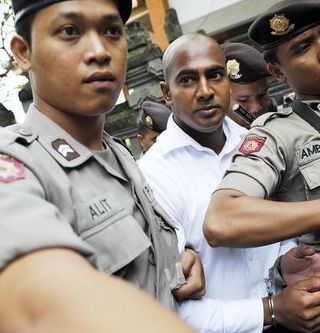