A video has emerged of around 20 people running to lift a car off a woman. The woman had been riding on a moped with a man on a street in China when they collided with a white car. She was hit and knocked off the moped before being driven over by the car’s front wheel. The car’s driver stopped his vehicle, but the woman was still pinned underneath. The man driving the moped got off and looked under the car for her before trying to lift it himself. Then around 20 passers-by rushed to help. They included a man in what appears to be a police uniform and passengers in a passing car who stopped when they saw what was going on. They were eventually able to lift the car and pull the woman out from underneath. Sky News understands she suffered only minor scratches in the incident, which happened in China’s eastern Zhejiang Province. 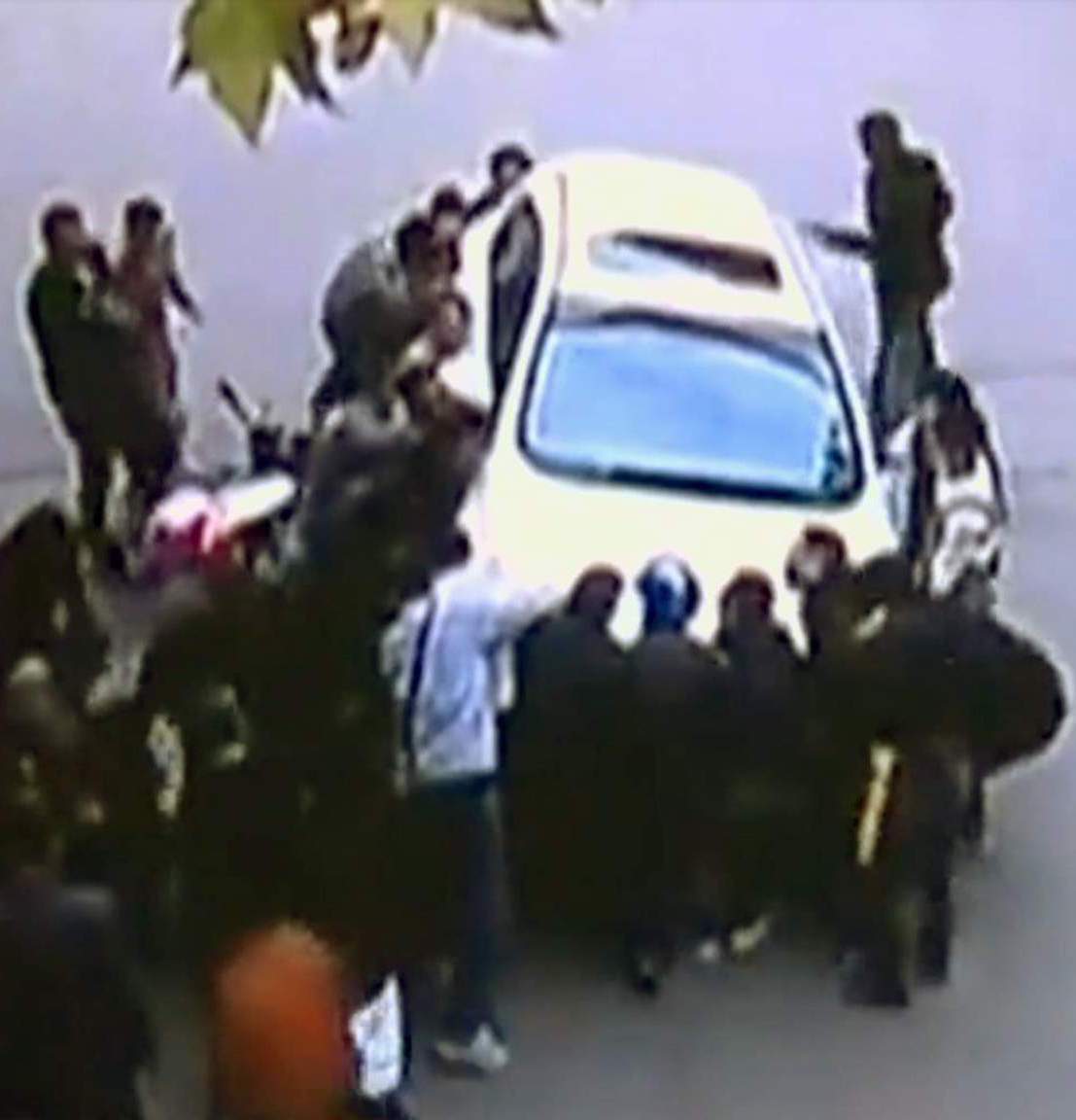