Daniel Craig has taken to the water in London to shoot the first scenes for the 24th James Bond film, Spectre. Film crews have been spotted on the Thames and on a section of canal at Camden Town. Craig stood on board a speed boat alongside Rory Kinnear, who plays MI6’s Bill Tanner in the franchise, and jokingly swore at the camera once he noticed he was being filmed. Earlier in the week Craig was spotted speeding past the MI6 in Vauxhall.

We’ve got an amazing cast and, I think, a better script than we had last time.

The title for the 24th Bond movie, which stands for Special Executive for Counterintelligence, Terrorism, Revenge and Extortion, was announced earlier this month, along with new cast members Christoph Waltz, David Bautista, Andrew Scott and Bond girls Monica Bellucci and Lea Seydoux. As well as in London, filming is taking place at Pinewood Studios and on location in Italy, Morocco, Mexico and Austria. The film is due for release in November next year. The last Bond film, Skyfall, was the most successful yet, taking more than $1.1bn worldwide. 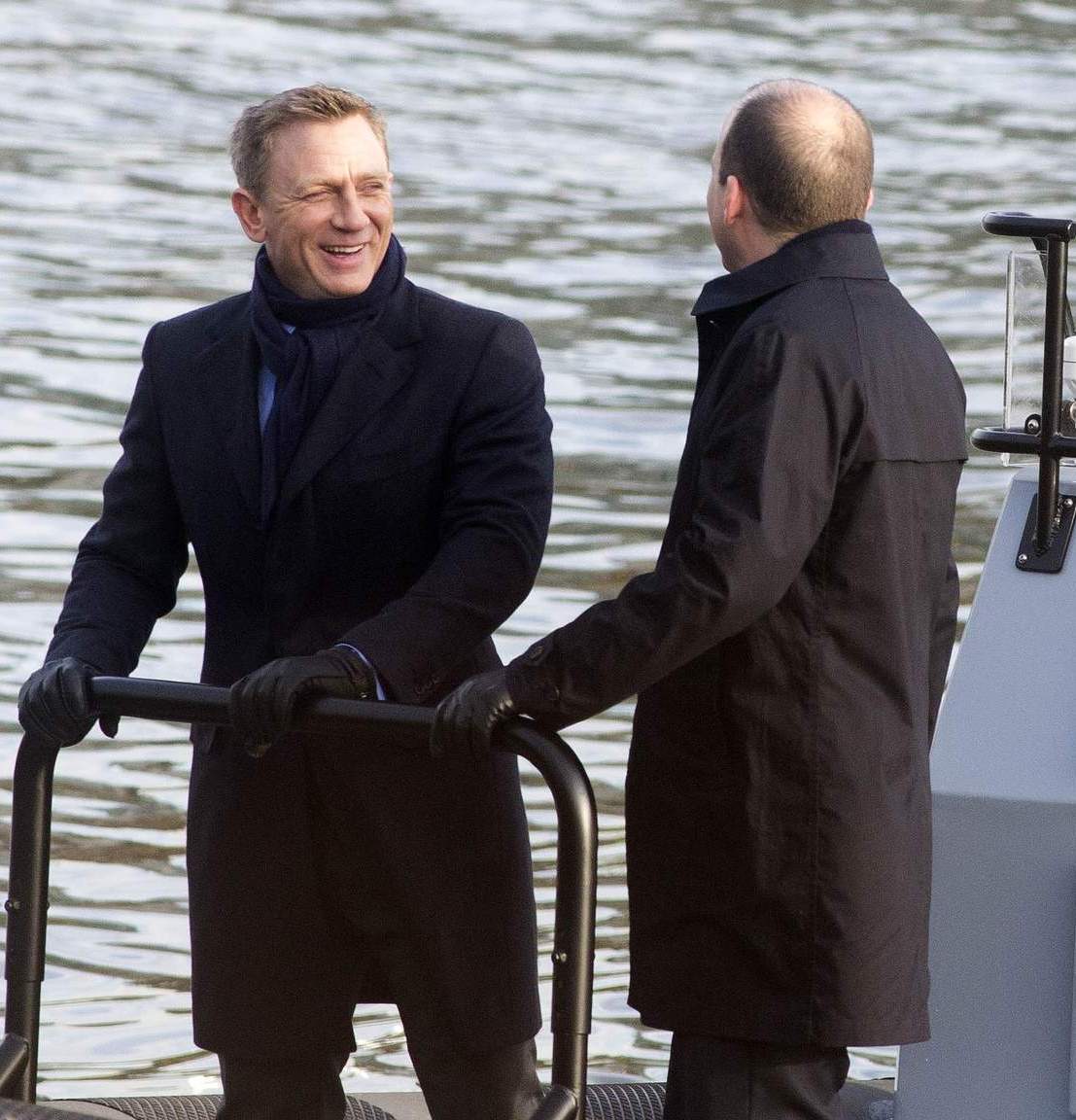