Dark, epic and effects-laden ‘The Hobbit’ finale premieres in London

The final installment of director Peter Jackson’s “The Hobbit” trilogy debuted in a much-anticipated premiere in London on Monday. Filmed in 3D in a vivid 48 frames per second, “The Hobbit: The Battle of the Five Armies”, enjoyed a lavish premiere, with the landmark Leicester Square cinema designed to look like ruins for the night and filled with giant screens showing excerpts from the film. Hundreds of fans gathered, many dressed as wizards and warriors, to ask for autographs and take photos with a star-studded cast that includes Orlando Bloom and Ian McKellen. Based on J.R.R. Tolkien’s 1937 book, the trilogy tells the story of Bilbo Baggins’ journey with a group of dwarves to reclaim their Lonely Mountain homeland from Smaug the dragon, helped by the wizard Gandalf.

Excited, very excited to share it with fans, it’s a very good end to the story, I saw it last night and I’m very pleased with it.

Jackson had originally planned to interpret the book as a two-part film, but changed his mind to make a trilogy - reportedly the most expensive three-parter ever made. In the finale, Jackson replaces the original light and humorous tone with a darker feeling and sense of danger. Working with Tolkien’s notes for inspiration, the film series also adds in storylines and characters such as the woodland elf Tauriel, played by “Lost” star Evangeline Lilly, who did not appear in the original book. The film offers just under 2.5 hours of non-stop action, starting with the aerial bombardment of a village by the dragon Smaug. The dragon is portrayed by British actor Benedict Cumberbatch, who leant his voice to the character as well as his movements and facial expressions, recorded through sensors. Jackson, who has spent 16 years making six films based on the works of Tolkien, indicated he is ready for something new.

The idea of doing a little drama with people in a house seems very attractive right now.

Director Peter Jackson, who has spent 16 years making six films based on the works of Tolkien 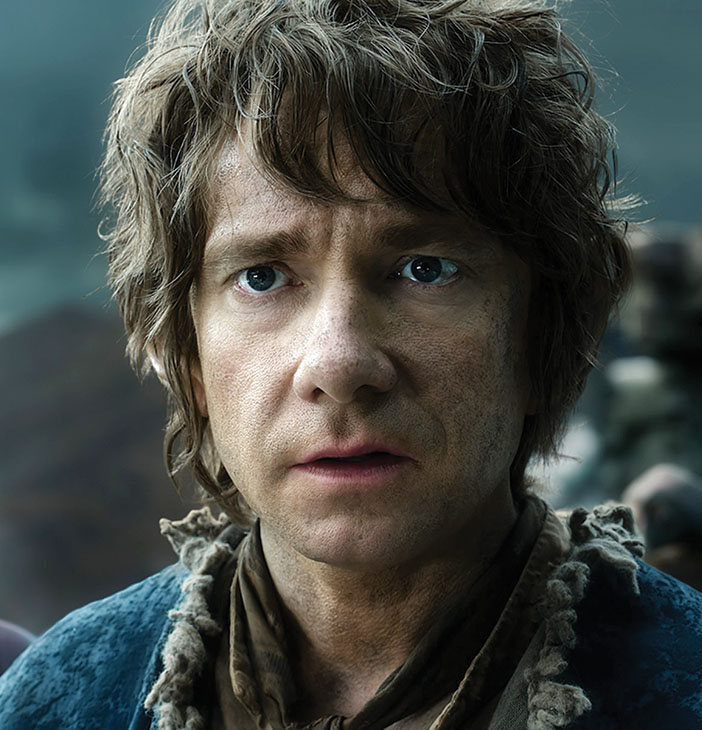