Scientists have created a deadly virus similar to the 1918 Spanish flu strain that killed around 50million people. The experiment has been labelled as “crazy” by some, but the US researchers behind the study say it is crucial for understanding the risk posed to the public by viruses circulating in wild birds. The team used a process called reverse genetics to examine the infamous 1918 flu strain.

Lord May, the former chief science adviser to the UK Government, speaking to The Guardian

The new virus was built using fragments of wild bird flu strains, then mutated to make it airborne so it could spread easily from one animal to another. A report published in the journal Cell Host and Microbe said the creation showed that the genetic ingredients for such a pandemic already exist in nature and could combine to present a potentially deadly threat. But Lord May, the former chief science adviser to the UK Government, said the University of Wisconsin-Madison project was “exceedingly dangerous”. Lead scientist Professor Yoshihiro Kawaoka argued his work has potentially life-saving benefits.

Our findings demonstrate the value of continued surveillance of avian influenza viruses and reinforce the need for improved influenza vaccines and antivirals to prepare for such a scenario. 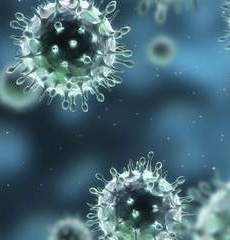