Oscar Pistorius’ lawyers wrapped up their case in the murder trial of the Olympic and Paralympic athlete on Tuesday, and the court adjourned for a month to allow the legal teams to prepare and submit their closing arguments. Pistorius, who had his lower legs amputated as a baby, could face life in prison if he is found guilty of murdering his law graduate and model girlfriend Reeva Steenkamp, whom he shot and killed at his home in Pretoria on Valentine’s Day last year. The 27-year-old athlete, known as “Blade Runner” because of the carbon-fibre prosthetics he uses on the track, says he killed Steenkamp in a tragic accident, shooting at what he thought was an intruder hiding behind a locked bathroom door.

[Pistorius], with intention to kill, shot the person behind the door. That’s what he wanted to do, and that’s what he did.

An Australian broadcaster on Sunday aired controversial video footage of Pistorius participating in a re-enactment of how he says events unfolded on the night he killed Steenkamp. The broadcast by Channel Seven prompted criticism from a lawyer for Pistorius who said the re-enactment was made with the help of a U.S.-based company last year as part of the defence team’s trial preparations. The video has not been shown at the trial, and it was not mentioned in court on Monday. 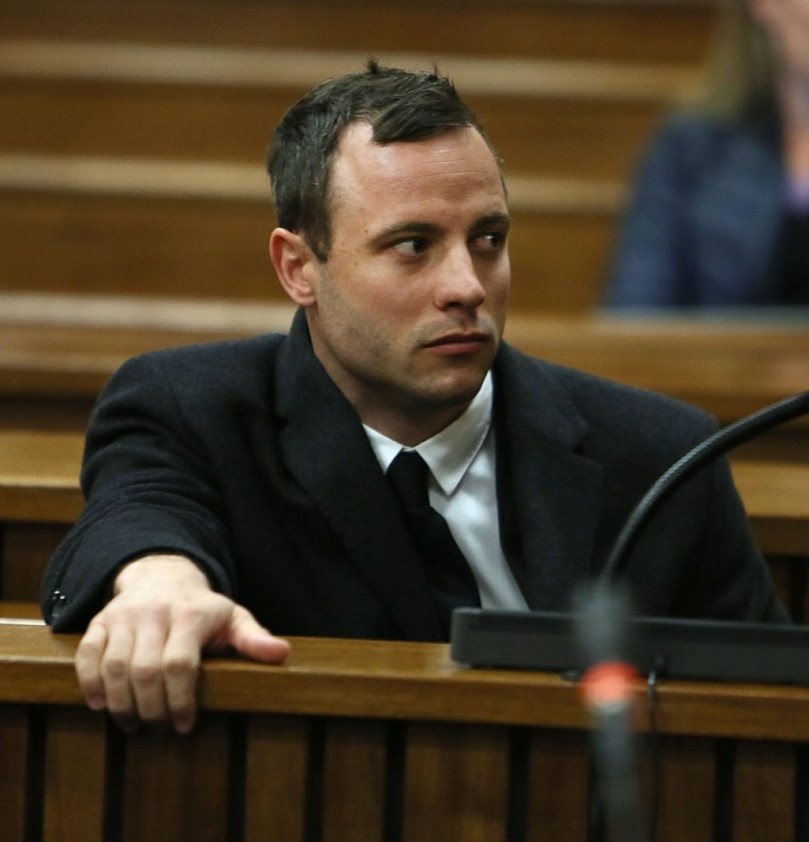