Maite Izquierdo and her family are doing their best to get by in Spain’s economic crisis, but work and money don’t come by magic. Or could they? After years looking for a job in a country where one in four is unemployed, this 48-year-old mother of two has turned to alternative ways to try and improve her fortunes. Around her neck hangs a necklace of shungite - a shiny black mineral from Russia, said by occultists to bring emotional stability. In her bag she has a statue of a smiling Buddha and another of a three-legged frog - Asian charms reputed to bring wealth. They are her latest purchases at Magic International, a spirituality fair in crisis-hit Barcelona where crowds browse over magic stones and spiritual tomes and countless fortune-tellers seek new clients.

Any kind of help is welcome. In our house, we’ve had enough. My husband can only find temporary, badly-paid jobs. My eldest son can’t find anything and neither can I.

The government says Spain is recovering from recession, but many Spaniards are still struggling. Attendance at the occult fair has surged to 50,000 this year compared to 30,000 before the crisis started in 2008. Specialists at the Ancora psychological clinic in Madrid say they have seen a rise in the number of patients addicted to occult consultations since the crisis hit. Late-night television in Spain is full of tarot-reading and fortune-telling shows. Psychologist Jose Elias says the popularity of these is influenced by Spain’s Catholic tradition with its doctrine of divine predetermination, as well as the stifling experience of the dictatorship of General Francisco Franco from 1939 to 1975. 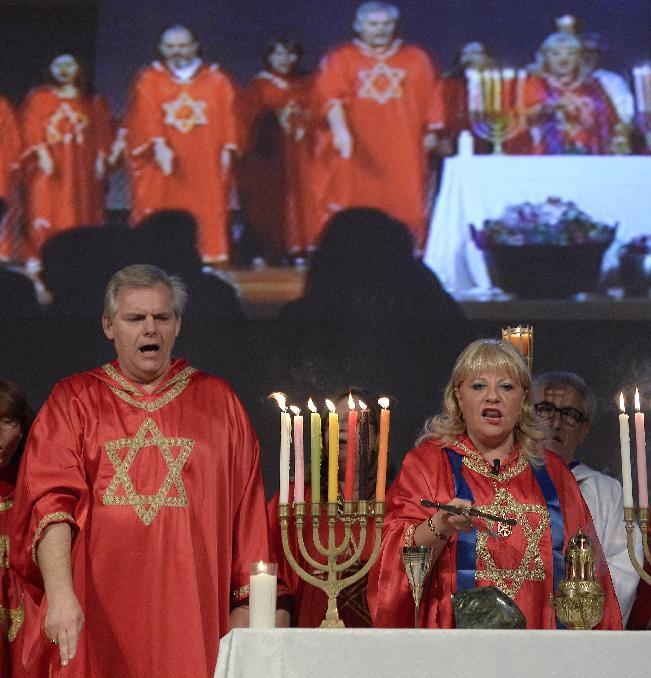