The Islamic State (IS) jihadist group which spearheaded a sweeping militant assault that overran swathes of Iraq is now claiming leadership of the world’s Muslims. The group led by “caliph” Abu Bakr al-Baghdadi, and backed by thousands of fighters in Syria and Iraq, appears to be surpassing Al-Qaeda as the world’s most dangerous and influential jihadist group. In a sign of IS confidence, the hitherto secretive Baghdadi made an unprecedented public appearance ordering Muslims to obey him, according to a video distributed online on Saturday.

If authenticated, the recording would seem to be the first known footage of the jihadist leader, who espouses an extreme form of Islam and aims to return conditions in conquered territory to an approximation of those in the early years of the religion. A senior Iraqi intelligence official said that after an initial analysis the man in the video is believed to indeed be al-Baghdadi but some reports say otherwise. Western governments fear IS could eventually strike overseas, but their biggest worry for now is its sweeping gains in Iraq and the likely eventual return home of foreign fighters.

The fact that he has done this without any consequences in Mosul’s biggest mosque is a sign of (the Islamic State group’s) power within the city.

Aymenn al-Tamimi, an expert on militant factions in Syria and Iraq 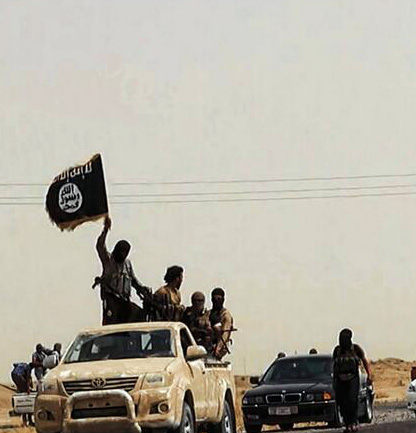