Men who gorge on bacon, ham and sausages could be damaging their hearts and heading for an early grave, new research has shown. A large study of more than 37,000 men found that processed meat significantly increases the risk of death from heart failure. Those consuming the most - 75 grammes per day or more - were twice as likely to die from heart failure than those who ate 25 grammes or less.

To reduce your risk of heart failure and other cardiovascular diseases, we suggest avoiding processed red meat in your diet, and limiting the amount of unprocessed red meat to one to two servings per week or less.

Every extra 50 grammes of processed meat, the equivalent of one or two slices of ham, increased heart failure risk by 8% and the chances of dying from the condition by 38%. The new research conducted in Sweden is the first to distinguish between the effects of processed and unprocessed red (non-poultry) meat. It found that while processed meat had a big impact on heart failure and death rates, the same was not true of unprocessed meat. Last year a study of half a million people from 10 European countries concluded that diets high in processed meat raised the risk of heart disease, cancer and early death.

Instead, eat a diet rich in fruit, ­vegetables, whole grain products, nuts and increase your servings of fish. 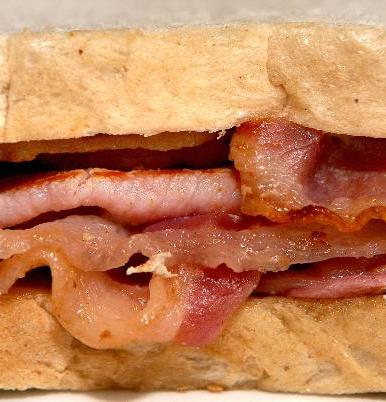