Earthquakes are rocking Iceland’s Bardarbunga volcano, as lava pushes through a long underground fissure near the ice-covered Bardarbunga volcano. The Icelandic Meteorological Office (IMO) detected about 1,300 tremors in the region on Wednesday, most of the them originating from the subsurface channel being carved out by magma, or molten rock. The long channel is called a dike. Late in the day, the discovery of a long depression above the southeast edge of Bardarbunga’s caldera sparked new speculation about an eruption. A team of scientists flew over the area this afternoon and spotted the new feature in the ice. A 2.5- to 4-mile-long (4 to 6 kilometers) row of cracks and sinkholes described as “cauldrons” appeared above where the dike emerges underground and drills to the northeast. The sinkholes are 10 to 15 metres, the IMO said. As much as 40 million litres could have melted and gone missing under the ice, the University of Iceland said. 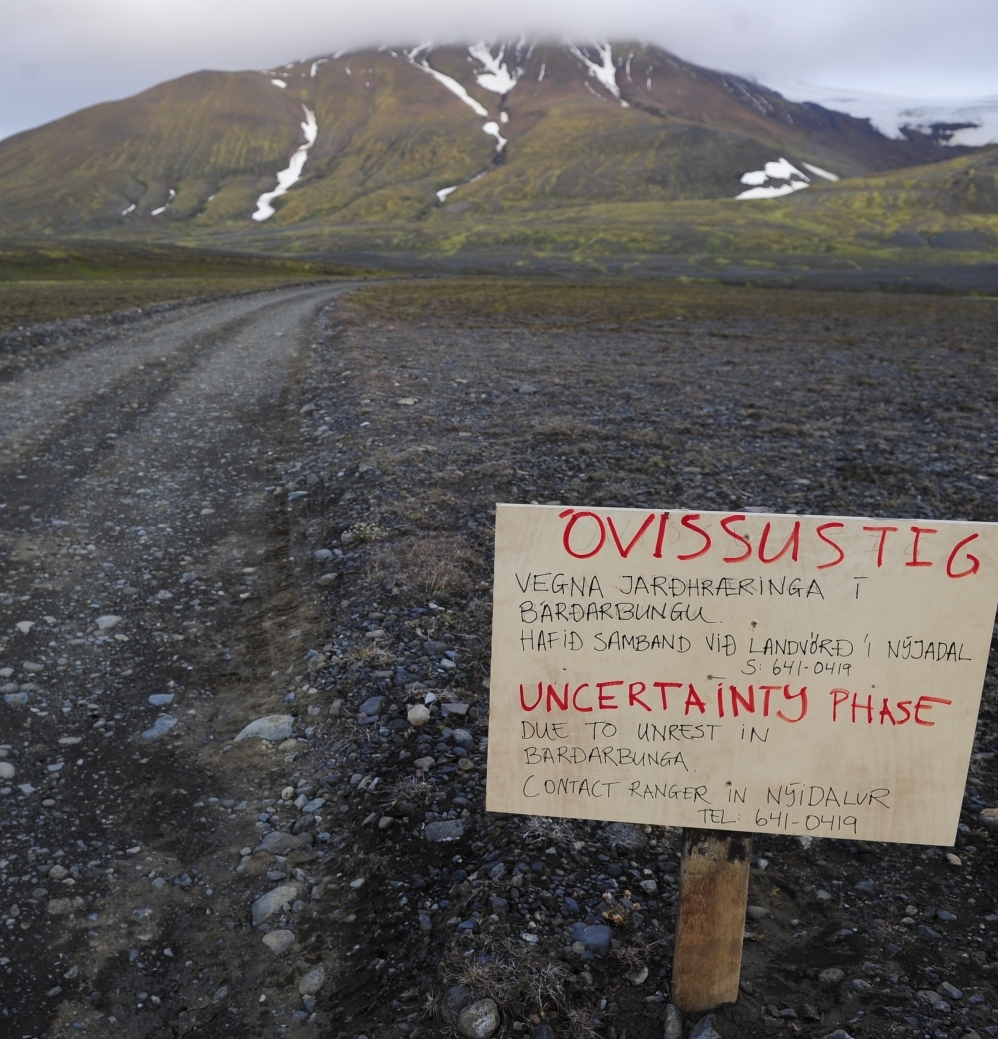