England manager Roy Hodgson knows Uruguay’s Luis Suarez has the potential to wreck his World Cup dreams and wants his defenders on high alert for Thursday’s clash in Sao Paulo. Suarez ended the 2013-14 season with Player of the Year prizes from both the Professional Footballers’ Association and the Football Writers’ Association, as well as the Premier League Golden Boot, after plundering 31 goals in Liverpool’s vain pursuit of the English title. Having missed Uruguay’s 3-1 loss to Costa Rica after undergoing knee surgery last month, he is expected to face England at the Corinthians Arena on Thursday and Hodgson believes that his likely impact cannot be underestimated.

We believe Luis Suarez will come back and that will be a big boost for them, not just as a player but as a sort of confidence booster for the whole team.

Like Uruguay, England lost their opening Group D game, going down 2-1 to Italy in Manaus, but they earned plaudits for their attacking enterprise. While shackling Suarez and Edinson Cavani will be a key priority against the South American champions, Hodgson is aware that his emerging England side are at their best on the front foot. Hodgson refused to discuss Wayne Rooney’s likely role against Uruguay, but British newspaper reports on Wednesday suggested he will be restored to the number 10 position after being exiled to the left flank against Italy. 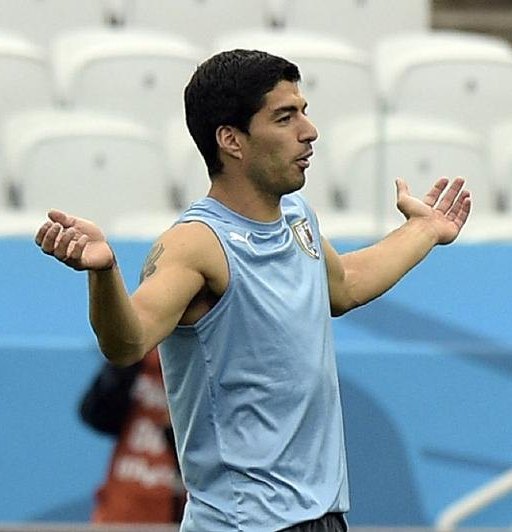