Brazilians are already aware of the dangers, but with the world descending on Brazil for the World Cup, government officials have stepped up efforts to warn tourists about the infamous sharks of Recife, erecting signs in English and Spanish with the words “Danger,” and “Peligro.” The fire department has increased from 50 to 70 the number of lifeguards patrolling the beaches near hotels, said Valdy Oliveira, fire department spokesman. Yet not everyone notices the signs, and service industry workers can’t effectively warn tourists—most of whom don’t speak Portuguese or Spanish.

We reinforced our safety protocol near hotels because of these shark attacks … We have specially done it in places where water is murky.

Several lifeguards sit together under a tent almost directly in front of the spot where the last attack took place. Another, riding a personal watercraft, lurches over the breakers as he takes a path parallel to the beach as if to shepherd swimmers close to shore. Large warning signs have been placed along a sidewalk separating a tree-lined sea wall from a bustling three-lane boulevard. At the centre of each sign is a sleek silhouette of a shark with the words “danger,” or “caution,” written in red and blue lettering in both Portuguese and English. Similar posters have been affixed to octagonal refreshment huts atop the seawall. Planted in the sand near the water are a string of red flags emblazoned in yellow with the word “Perigo,” Portuguese for danger. Some tourists’ eyes widen as they notice the shark symbol while approaching the huts.

It’s dangerous because a lot of people drink, and drink, and they don’t know, or some guys think they’re a big man, and they go on the other side. 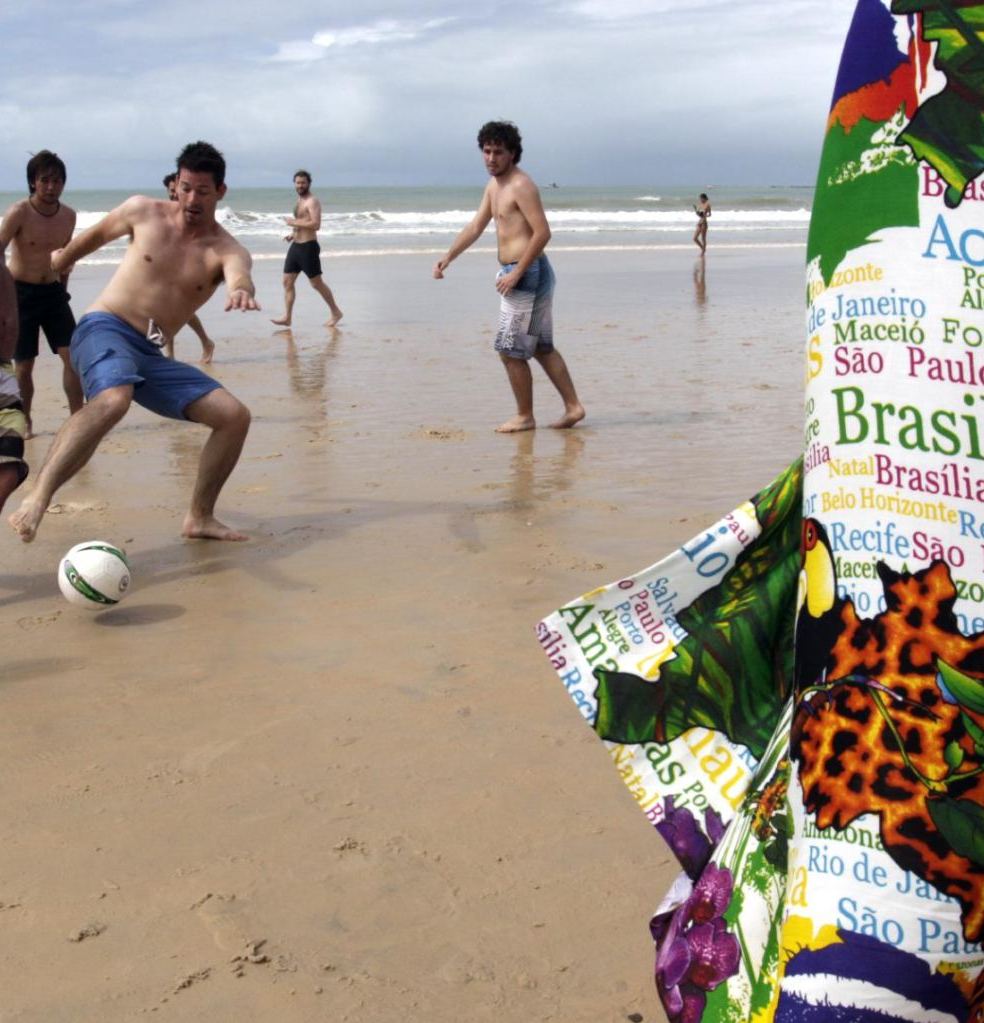