Bernard Jordan, an 89-year old World War II veteran, was last seen by staff at The Pines nursing home Thursday morning and, when he didn’t return last evening, staff reported him missing. Turns out Jordan, along with World War II medals, bolted with another veteran to participate in the 70th anniversary commemorations. After learning of Jordan’s disappearance from the facility, Jordan’s travel partner phoned police in Sussex, England, to let officers know he was OK.

Veteran reported missing by care home who said he can’t go to Normandy for D-Day remembrance. We’ve found him there.

Jordan, a Royal Navy veteran and former mayor of Hove, apparently was unable to join an accredited tour group to Normandy, so instead went with an informal group of veterans to France. Before leaving the home, however, he neglected to let staff know of his intentions. 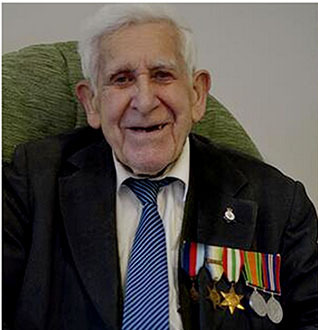