Even light drinkers should reduce alcohol intake to improve their health

Advice that suggests alcohol could be good for your heart is wrong and should be updated, according to some experts. It follows decades of conflicting reports and previous research which suggested light-to-moderate drinking is good for the heart. Scientists from the London School of Hygiene and Tropical Medicine published their new research - based on genetic studies - in the British Medical Journal. They believe a reduction in alcohol could improve the cardiovascular health of even light to moderate drinkers.

Drinking is certainly not good for your heart, so people need to be conscious about the effects of drinking. So the message is the less alcohol the better.

The research - conducted with the University of Pennsylvania - looked at 56 separate studies on the drinking habits of more than a quarter of a million people of European descent. The study revealed that some people who carried a genetic variant associated with low alcohol consumption tended to have a healthier cardiovascular profile than those without, and they had a 10% lower risk of coronary heart disease and lower blood pressure.

There’s a lot of information about dos and don’ts, but the same message always shines through; if you’ve got the healthy diet and the odd glass of wine or beer coming in on a week by week basis, that’s going to be okay. 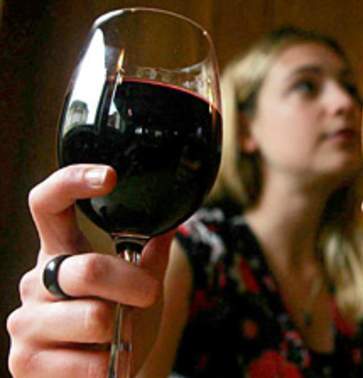