African Ebola death toll now over 500 after ‘deadliest outbreak ever’

Ebola continues to spread in Sierra Leone, Liberia and Guinea, with a combined 44 new cases and 21 deaths between July 6 and 8, the World Health Organisation has said. This brought the total in West Africa’s first outbreak of the deadly disease to 888 cases, including 539 deaths since February. It is the largest and deadliest ever, the UN agency said. Just one confirmed new case had been reported during the past week in Guinea.

The Economic Community of West African States set up an Ebola solidarity fund at a summit in the capital of Ghana on Thursday in a bid to back a regional approach to the epidemic. Nigeria committed $3.5m to affected states. Ebola causes fever, vomiting, bleeding and diarrhoea and is lethal in the vast majority of cases. It is highly contagious and is transmitted through contact with blood and other fluids. The WHO has flagged three main factors driving its spread: the burial of victims in accordance with tradition, the dense populations around the capital cities of Guinea and Liberia and the bustling cross-border trade across the region.

We must do everything within our means and power to defeat this deadly disease. We must exercise vigilance and caution and avoid any panic or misinformation. 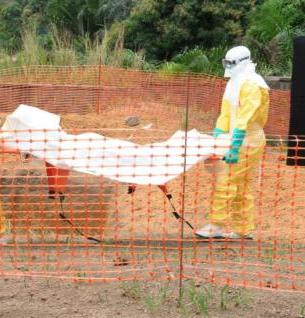