Explorer Sir Ranulph Fiennes has completed a marathon in the South Moroccan desert, becoming the oldest Briton to finish the competition. The 71-year-old explorer (pictured) crossed the finish line of the Marathon des Sables at 7.37pm after six days of running in temperatures over 50C. He called the experience “more hellish than hell”. Sir Ranulph, who has previously suffered two heart attacks and had a double heart bypass in 2003, almost had to pull out of the 256km race on Thursday because of the toll it was taking on his health. It was feared he would not be able to finish the event after the 91km fourth stage, which saw him run for more than 30 hours on just one hour of sleep.

I never thought I wouldn’t make it but there were points where I thought the camels - who walk at the rear sweeping up those who are too slow - were getting dangerously close.

But he triumphed in what has been described as the “toughest footrace on Earth”, running for 10 hours in the desert on the final day alone and raising nearly £1m for cancer care charity Marie Curie. After finishing the race Sir Ranulph said he wasn’t feeling good, adding: “My back is bad. Luckily I’ve had a load of painkillers. Without them it would have been even more difficult.” Speaking just before he set off for the final stage Sir Ranulph said it was the charity’s nurses who had motivated him to get through the gruelling course. “Night and day they are there caring for people through some of the toughest and most difficult times of their lives,” he said. Sir Ranulph has long been a determined fundraiser for Marie Curie, raising £6.3m when he climbed the north face of the Eiger in 2007. In May 2009, aged 65, he became the oldest Briton to climb to the summit of Mount Everest.

It was clearly an incredibly difficult physical and mental challenge and he proves that with sheer determination, anything is possible. 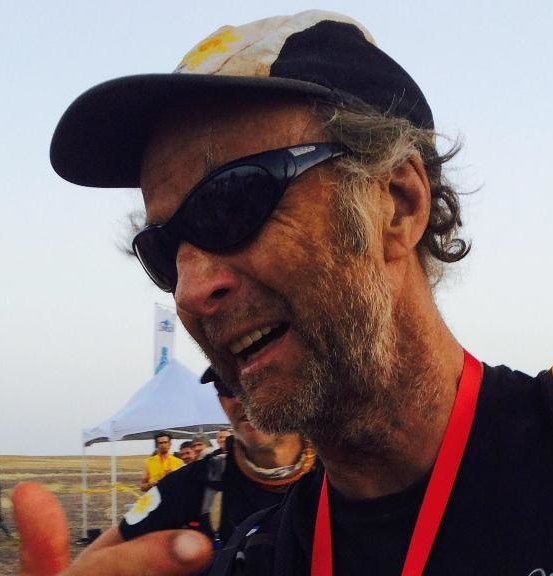