The still-ruling PDP will likely lose its majority of the governorships, partly from the bandwagon effect, incumbency fatigue and the APC’s momentum in regions like the southwest and Middle Belt.

Tensions are high in the country’s south where close contests are expected in Lagos, Nigeria’s financial heart and wealthiest state, and oil-rich Rivers State. Witnesses say agitators set a polling station ablaze in Rivers, protesters firebombed a police car and opposition supporters marched peacefully in another area where they charge Jonathan’s People’s Democratic Party is attempting to rig the vote. Governors are increasingly influential figures in Nigeria’s federal system of government, exercising near-total control over their states, including finances and projects at the local level. As a group they have become a considerable force to counter or bolster presidential power. 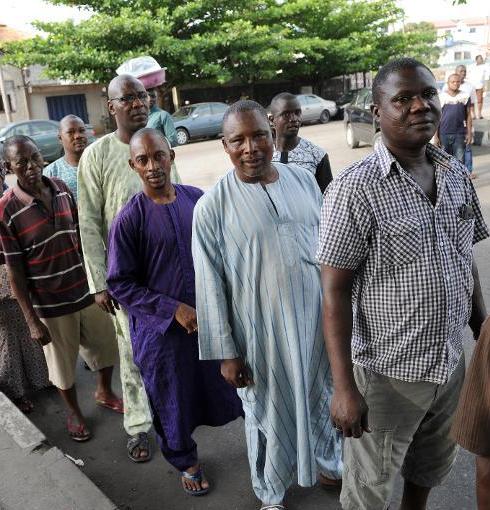