European doctors have been told to keep an eye out for anyone displaying the symptoms of Ebola as authorities in Africa fail to contain an outbreak. A second airline stopped its flights to Liberia and Sierra Leone on Tuesday night, hours after a highly regarded doctor died of the virus. An American doctor who has been treating Ebola patients in Liberia is also said to be in a grave condition and “terrified” he will not survive. Two other U.S. health workers are currently being treated for Ebola in hospital in Liberia.

The continuing increase in cases, especially in Sierra Leone, and the importation of a single case from Liberia to Nigeria is a cause for concern as it indicates the outbreak is not yet under control.

It comes after a 40-year-old American man of Liberian descent died in Nigeria on Friday, that country’s first case. The Ebola outbreak is the largest in history with more than 670 deaths blamed on the disease in Sierra Leone, Liberia and Guinea, as well as Nigeria, since February. Dr Brian McCloskey, director of global health at Public Health England (PHE), said there are a number of British staff working on the ground in West Africa. He said that while PHE believed the risk to British travellers and workers was low, doctors needed to be vigilant.

I’m praying fervently that God will help me survive this disease. 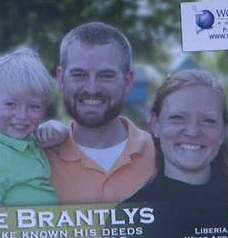