Nigeria wrapped up its inquiry into the abduction of more than 200 schoolgirls by militants on Friday with little progress to show, reporting almost none had been freed after the initial kidnapping some girls escaped from. Submitting the final report, Brigadier General Ibrahim Sabo said 219 girls remained at large, a total virtually unchanged since Boko Haram militants stormed their secondary school in northeast Borno state on April 14 to kidnap them. A total of 57 girls, almost all of whom escaped shortly after the abduction, have been reunited with their families, he added.

We are … pained that the schoolgirls remain in captivity. The hostage situation that this represents is obviously delicate. Getting the girls out, and safely, too, is by far more important than the publicity generated by the blame game that has tended to becloud the issue.

The government’s failure to rescue the girls, or protect them before their abduction, has become a political liability for President Goodluck Jonathan ahead of elections next year. In what could raise the ire of Jonathan’s critics, Sabo recommended the findings of the fact-finding group appointed by the president remain confidential for national security reasons. The attack shocked Nigerians, even as they have grown used to hearing about atrocities in an increasingly bloody five-year-old Islamist insurgency in the north. 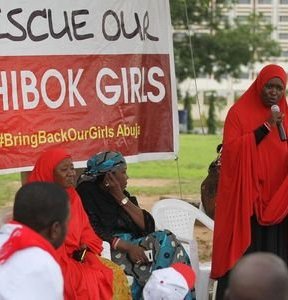