A Beijing property developer said Saturday it has terminated co-operation with the new “Transformers” movie, wants Paramount Pictures to make edits to it and is asking China to suspend screenings of the blockbuster film. The company owns the Pangu Plaza, a dragon-shaped hotel, office and mall complex that stretches the length of half a dozen football fields and is featured in “Transformers: Age of Extinction,” the latest installment of the hit franchise. The Beijing Pangu Investment Co. Ltd. said in a statement emailed to The Associated Press that Paramount and two Chinese associate partners failed to fulfil their obligations in a sponsorship deal.

The loss of rights and interests not only caused the Pangu company’s original business plan to fail, incurring huge losses, more seriously, it has affected Pangu Plaza’s image and reputation.

The Beijing Pangu Investment Co. Ltd. to The Associated Press

Pangu said it is suing its Chinese partners for contract fraud and demanding that Paramount delete scenes from the movie that feature images of its logo or properties. It said it has also asked the Chinese government’s film regulator to suspend or stop screenings of the movie, which is due to open in Chinese cinemas June 27. 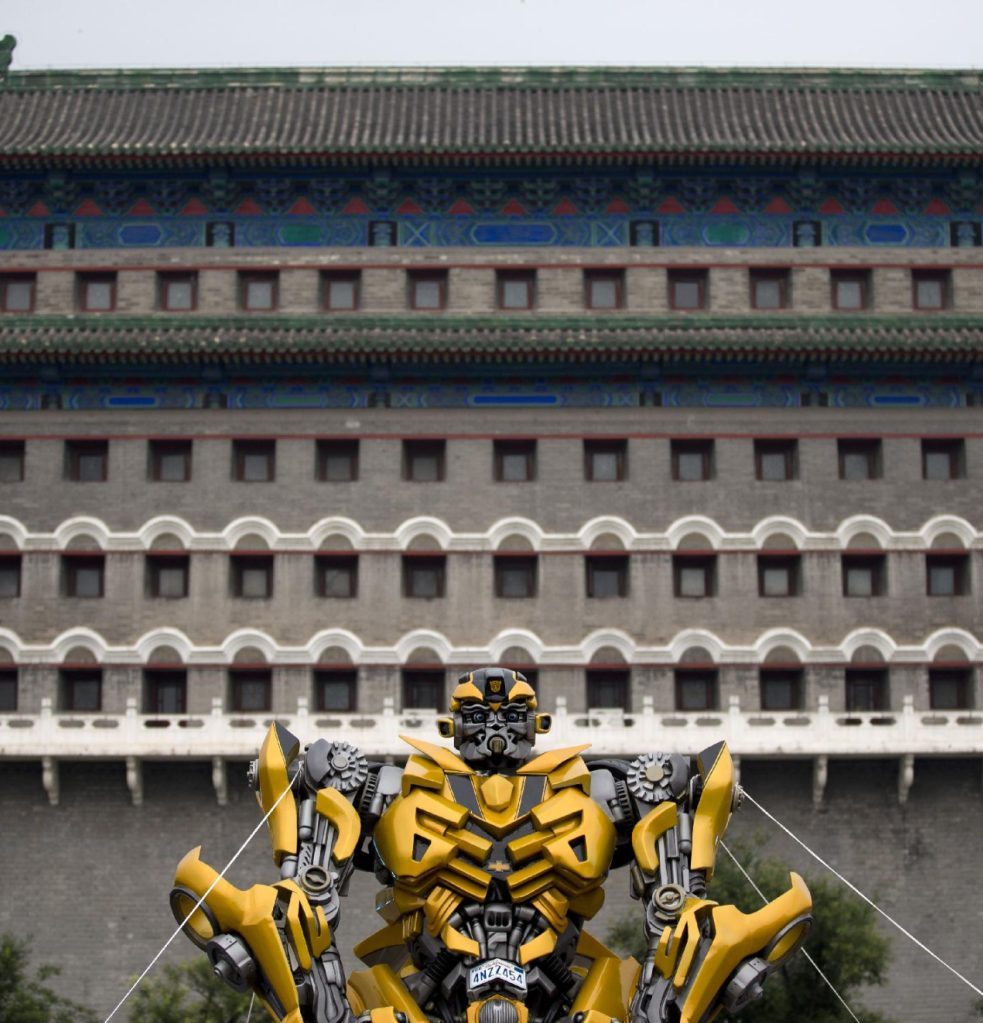