Floods and landslides in Nepal and northern India have killed nearly 200 people and scores more are missing, local authorities said Monday. Nepal has been worst hit, with 105 people confirmed dead after torrential rain triggered landslides and flooding, devastating entire villages in what the country’s prime minister termed a “national tragedy”. Another 136 people are missing, and authorities are battling to prevent an outbreak of cholera after some survivors showed symptoms of the potentially fatal disease. Nepal’s Prime Minister Sushil Koirala pledged to “expedite the rescue, relief and rehabilitation efforts” and expressed his sorrow over the deaths. In neighbouring India’s Uttar Pradesh state, flooding has claimed at least 48 lives and forced around 500,000 people to leave their homes, relief commissioner KS Bhadoriya told AFP. Twelve people lost their lives in the Himalayan state of Himachal Pradesh, while nine people were killed and 40,000 others evacuated in Bihar state, which borders Nepal’s eastern plains, officials told AFP. In Nepal, the government deployed more than 3,400 workers and four helicopters to rescue stranded people and deliver emergency supplies as the weather cleared after three days of incessant rain last week.

Yesterday, they were only able to drop relief materials … because there was nowhere for the helicopter to land, but today they have managed to reach all the affected areas. 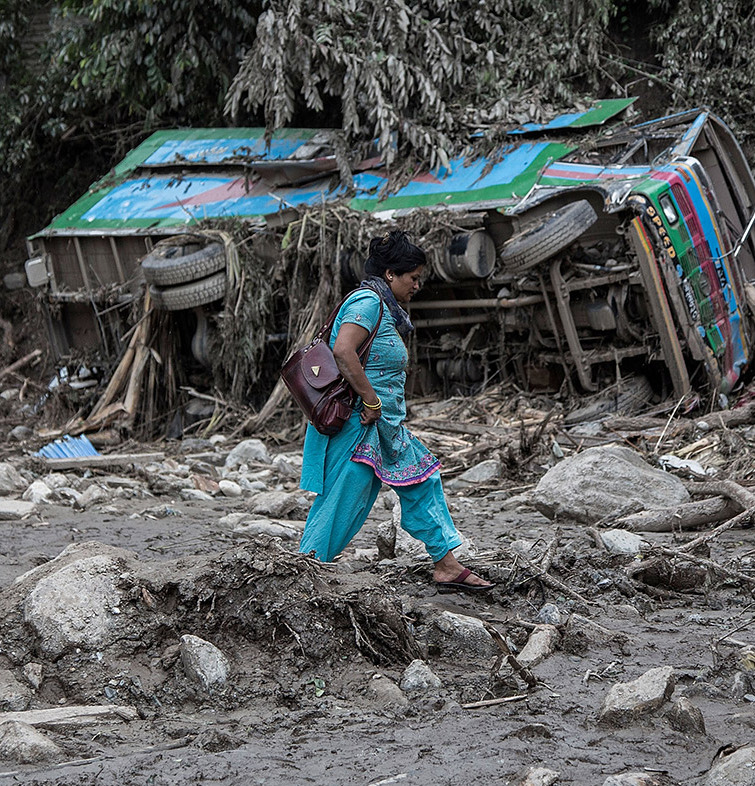