Two-time Tour winner Alberto Contador, who broke a shinbone in a nasty crash during a descent on the 10th Stage of the three-week race, revealed that he was trying to eat when he hit a pothole and lost control of his bike. The Spaniard, blood also dripping from his knee, spent several minutes being treated by race doctors during the 10th Stage on Monday. Contador climbed back on his bike and continued riding, eventually catching up with his teammates, but then abandoned the race after about 15 kilometres.

I grabbed a [nutritional] bar, I had only one hand on the handlebars and I hit a pothole.

There was no TV footage of Contador’s accident. After Contador withdrew, reigning champion Chris Froome, who also crashed out this year’s race, tweeted his regrets to Contador and said they would meet again at the Vuelta a Espana. If the pair were to meet at the Vuelta, it would be a repeat of their battle two years ago. Froome had finished the Tour in second place riding for teammate Bradley Wiggins and wanted to test himself as a team leader. He had already finished second on the Vuelta the year before when again riding for Wiggins, who managed only third. Contador was coming back from his two-year doping suspension and the Vuelta was his first major race.

It happened in a descent, the asphalt was not in good condition. He was behind me but then passed me and three seconds later he fell off in front of me. It was spectacular, we were around 60 kph. 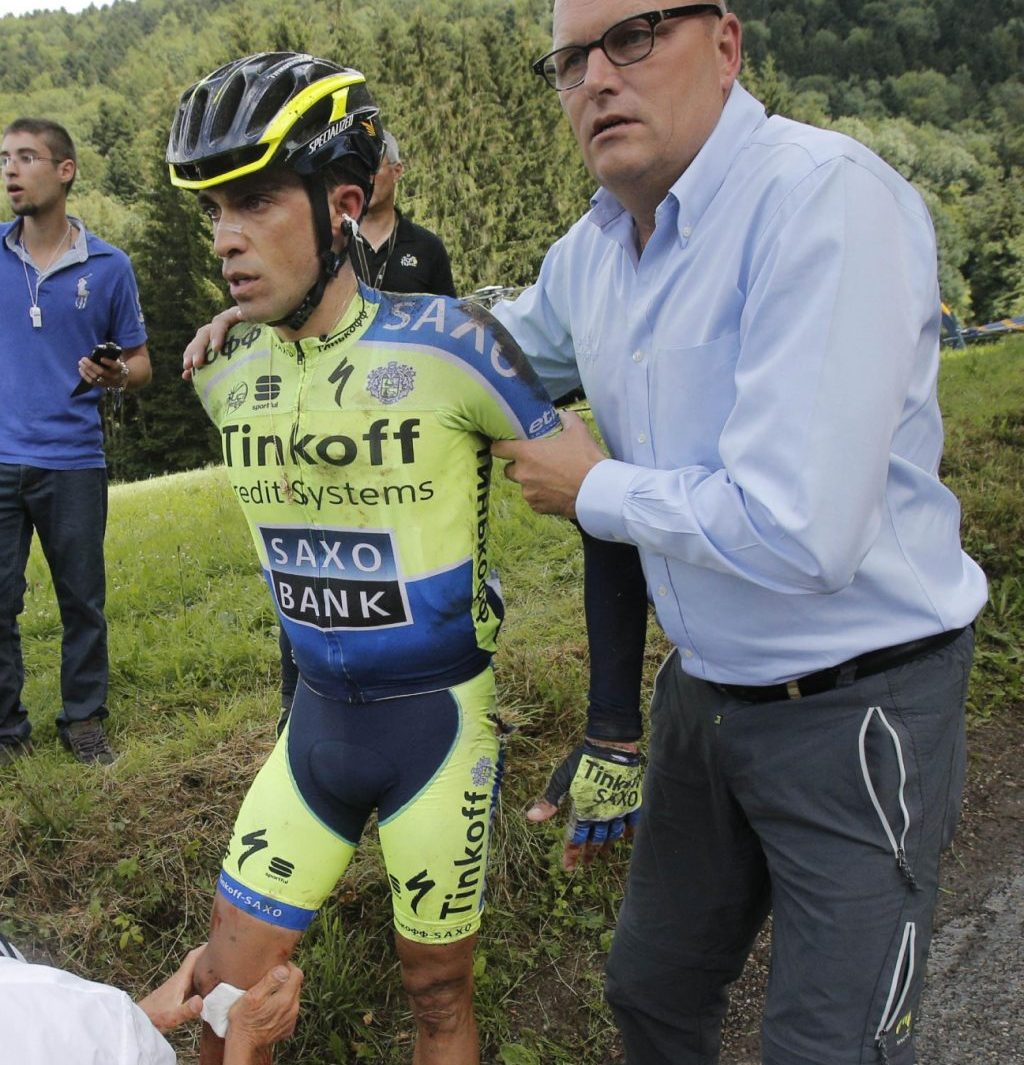