French economist Thomas Piketty’s dryly titled but exhaustively compiled “Capital in the 21st Century has become a surprise best-seller. The main finding of Piketty’s book is that wealth inequality is destroying economies. He compares the current climate to the age of the robber barons in the 19th century, and says the value of capital will continue to outstrip economic and income growth generally. But his analysis of global inequality trends has become the topic of considerable and highly technical debate.

Most of the adjustments that he makes, I think, are pretty easily defended. I have a hard time getting worked up about any of this.

He also offers a series of fairly radical solutions that would have seemed unmentionable just a few years ago, including a spike in tax rates for the wealthiest citizens (as high as 80 percent on income over US$500,000, and 50 percent on income over $200,000) and a 2 percent global tax on wealth (which Piketty himself admits is more utopian than realistic). 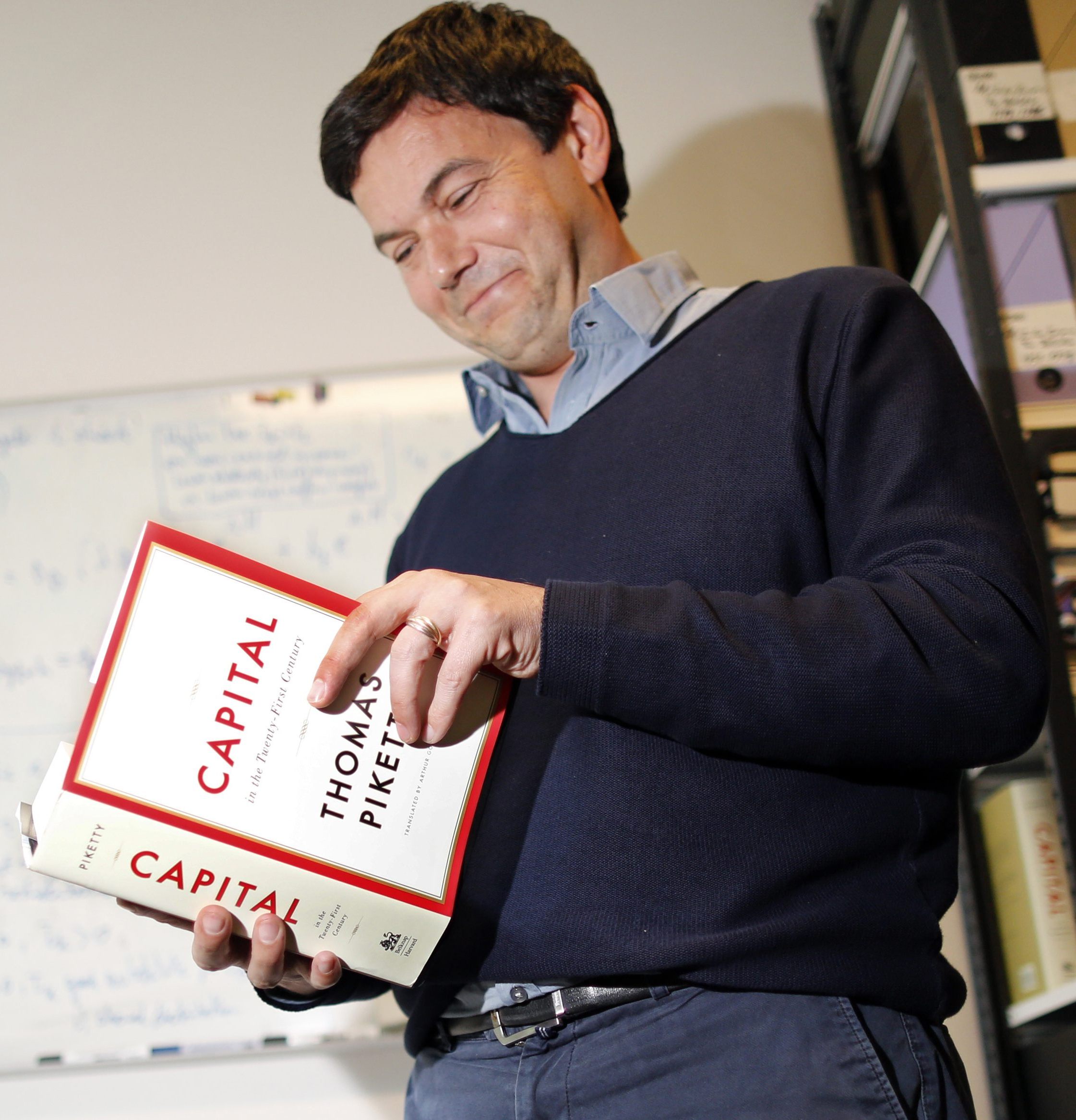