Egyptian President Abdel-Fattah al-Sisi has ordered the interior minister to fight sexual harassment following the arrest of seven men for attacking women near Cairo’s Tahrir Square during his inauguration celebrations, his office said on Tuesday. Egypt issued a new law last week that punishes sexual harassment with at least six months in jail or fines of at least $420.

President Abdel Fattah al-Sisi instructed the minister of interior … to vigorously enforce the law and take all necessary measures to combat sexual harassment, an unacceptable form of conduct.

Judicial sources said the arrests were made under the new law. It is not clear whether the men arrested took part in an assault that was captured on video. Prosecutors are detaining the men, ages 15 to 49, pending investigations. Two of the men admitted beating a woman, while five denied any wrongdoing and said the women had provoked them, judicial sources said. Graphic footage, apparently filmed on Sunday using a mobile phone, shows a mob of men surrounding a young woman who was stripped of her clothes and badly bruised in the assault.

Sexual assaults and rapes by mobs are now part of reality. How far will things go? This is sexual terrorism.

Sexual assault was also rampant at demonstrations during and after the 2011 uprising that ousted President Hosni Mubarak, and has been common for a decade at large gatherings in Egypt. Sexual harassment, high rates of female genital mutilation and a surge in violence after the Arab Spring uprisings have made Egypt the worst country in the Arab world to be a woman, a Thomson Reuters Foundation survey showed late last year.

The authorities have taken little action to stop or investigate violence against women, or to bring those responsible to justice. 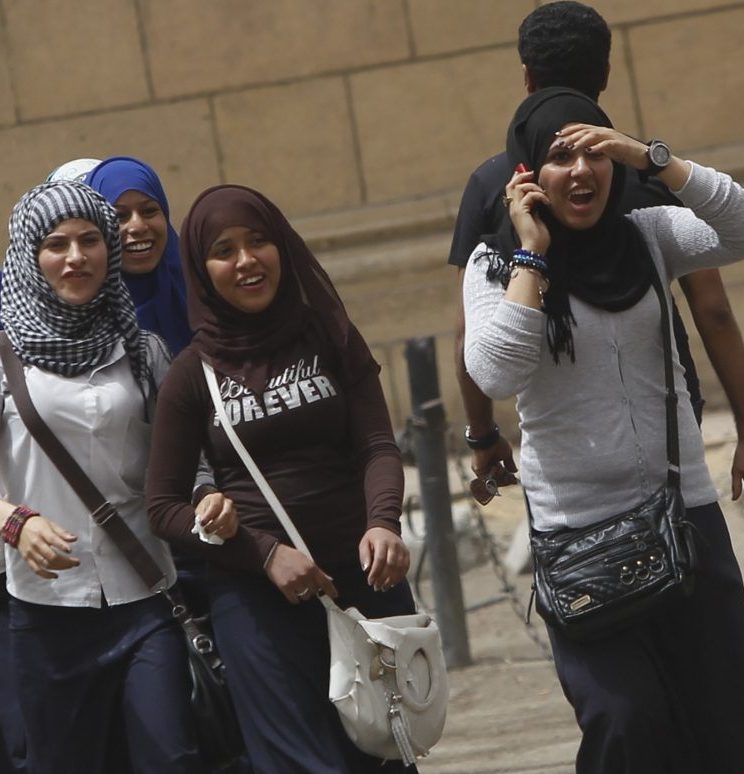