Shortly after coming on as a second-half sub in Argentina’s last World Cup warm-up, forward Lionel Messi doubled over and appeared to vomit on the pitch. He’s done it at least a half-dozen times with Argentina and club team Barcelona, mystifying doctors and fans alike. “Nerves,” says Argentina coach Alejandro Sabella, and that’s a diagnosis as good as any.

The Argentina captain and four-time world player of the year is under tremendous pressure to lead the Albiceleste to its first World Cup trophy since 1986. “I reckon that in these moments there is anxiety more than anything,” Sabella said before the team departed for Brazil, where it opens its World Cup campaign against Bosnia-Herzegovina on Sunday. Top athletes throwing up before, during or after a competition is not unusual. Sometimes it’s because of the physical stress on their bodies, sometimes because of performance anxiety.

I don’t know what it is. But I had a thousand exams.

What’s unusual about Messi is that it seems to happen quite randomly, not when the pressure would seem the greatest or when he’s exhausted himself to the limit. After Messi threw up less than 10 minutes into a friendly match between Argentina and Romania in March, his coach at Barcelona, Gerardo Martino, said “something is not right,” though he added that it wasn’t affecting Messi’s play. Messi made that point clear against Slovenia on Saturday, scoring Argentina’s second goal just four minutes after TV cameras showed him dry-heaving and receiving a tablet from the bench. His detractors like to point out, though, that unlike those two, Messi has not won a World Cup. He’s only scored one goal and has never gotten past the quarterfinals in his two attempts on football’s biggest stage.

I start to feel nauseous to the point where I almost vomit, and then it goes away. 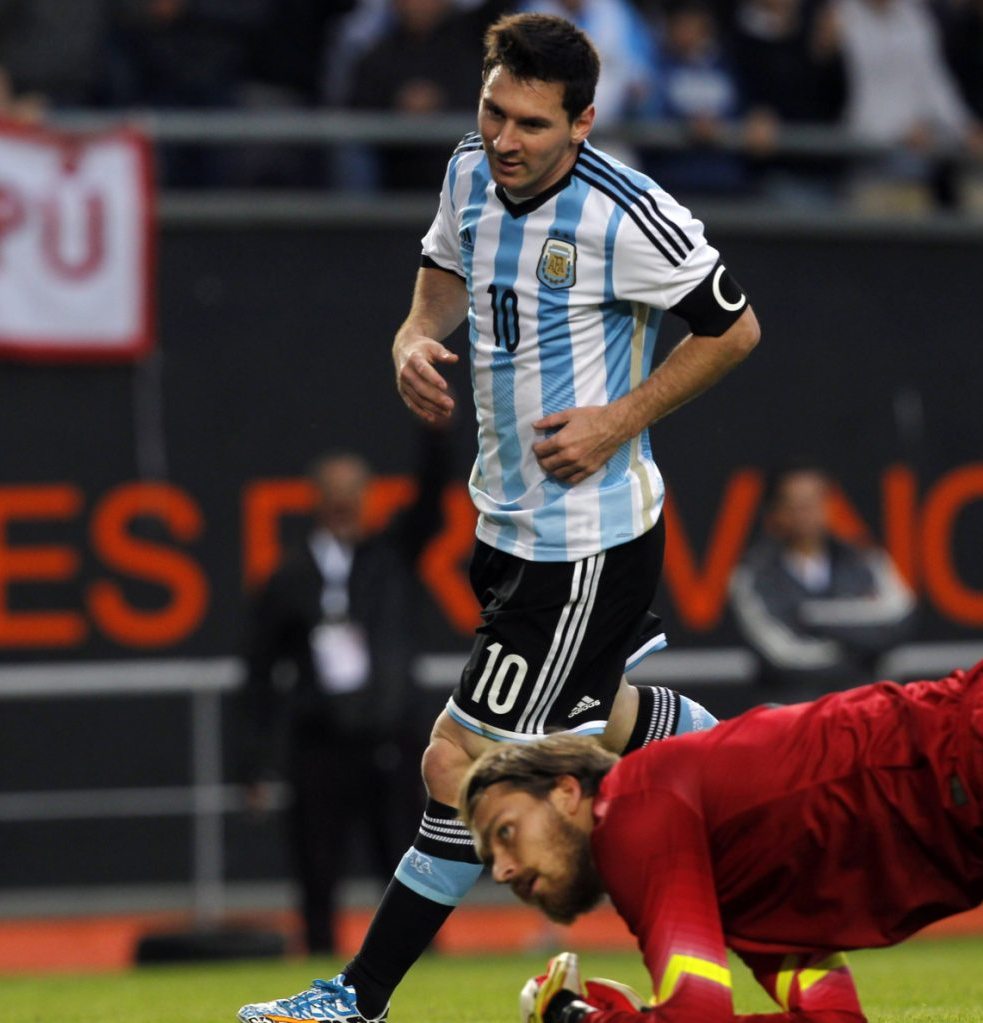