France’s TV5Monde television channel resumed full operations Thursday, 18 hours after an “unprecedented” hack by self-proclaimed Islamic State militants, who shut down transmissions and hijacked its website and social networks. Authorities said the hack was likely a “terrorist act” and urged media companies to be “vigilant,” warning that further attacks could not be ruled out. For most of Thursday, the channel was forced to broadcast prerecorded programs after what TV5Monde’s director Yves Bigot said was a cyberattack “unprecedented in the history of television.”

Soldiers of France, stay away from the Islamic State! You have the chance to save your families, take advantage of it.

Meanwhile, the Islamic State brought Iraqi leaders together in a common fight since the militant group declared a “caliphate” in northern Iraq last summer, U.S. Vice President Joe Biden said on Thursday. Biden gave an upbeat assessment of Iraq’s progress against the Sunni group in an address to the National Defense University before a White House meeting next week between U.S. President Barack Obama and Iraqi Prime Minister Haidar al-Abadi.

ISIL’s momentum in Iraq has halted and in many places flat out reversed. There’s still a long fight ahead. 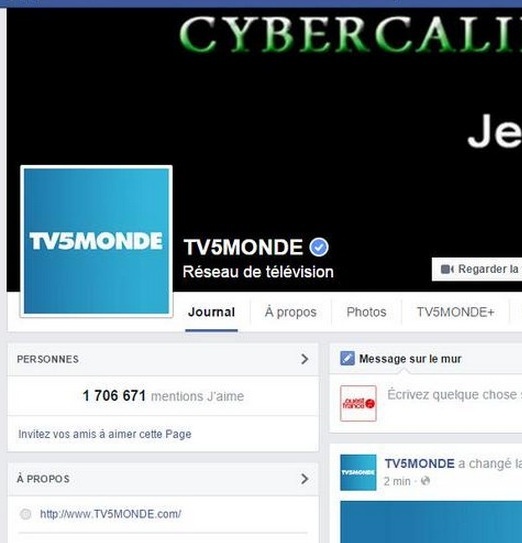