A college friend of the Boston Marathon bombing suspect, charged with lying about a visit to his dormitory room three days after the deadly blasts, goes on trial on Monday and faces up to 16 years in prison if convicted. Robel Phillipos, a 21-year-old resident of Cambridge, Massachusetts, is one of three people who prosecutors say went to accused bomber Dzhokhar Tsarnaev’s room at the University of Massachusetts at Dartmouth on April 18, 2013, and removed a backpack containing empty fireworks shells. The other two friends were Kazakh exchange students Azamat Tazhayakov and Dias Kadyrbayev.

It does seem something of an over-reach where the government doesn’t think enough of the mis-statement to make it an obstruction charge.

Prosecutors contend that he initially denied entering Tsarnaev’s room hours after the FBI released photos of Tsarnaev and his older brother Tamerlan Tsarnaev, in a plea for the public’s help in identifying the pair who officials contend set off the two homemade bombs that killed three people and injured more than 260 near the Boston Marathon finish line. Around the time of the visit to Tsarnaev’s dorm room, the brothers were preparing to flee Boston, and they shot dead a university police officer in an unsuccessful attempt to steal his gun, prosecutors say. Later that night, Tamerlan Tsarnaev died after a shootout with police. Phillipos, Tazhayakov and Kadyrbayev are not charged with playing any role in the bombing. The surviving Tsarnaev, 21, faces the death penalty if convicted of carrying out the bombing. His trial is set to begin in January. 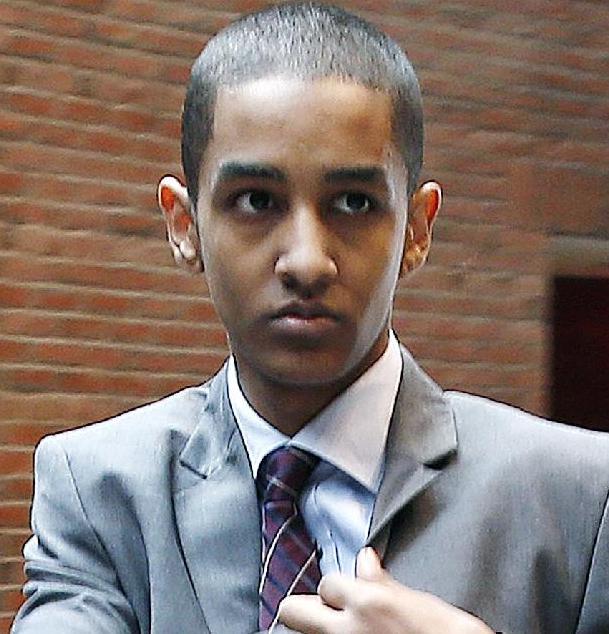