From Chicago to Japan, flow of Islamic State volunteers continues

Tokyo police are investigating the possibility that a Japanese student tried to travel to Syria to join Islamic State. Japanese newspaper Asahi Shimbun daily said police questioned a 26-year-old man, taking leave of absence from Hokkaido University in north Japan, about plans to go to Syria to join Islamic State as a fighter. The Asahi said police confiscated the college student’s passport and questioned a person who is related to a Tokyo book store where a help-wanted note for a job in Syria was posted. Former Japanese air force chief Toshio Tamogami last month quoted a senior Israeli government official as saying that nine Japanese nationals had joined Islamic State. About 1,000 recruits from a vast region stretching from India to the Pacific may have joined Islamic State to fight in Syria or Iraq, the head of the U.S. Armed Forces’ Pacific Command, Admiral Samuel Locklear, said last month.

I am aware police conducted a search based on the criminal law. But I would like to refrain from going into details because the matter is under investigation.

Meanwhile, an American teenager was arrested Saturday at Chicago’s O’Hare International Airport trying to board a plane on the first leg of connecting flights to Turkey, which borders Syria. He is charged with attempting to provide material support to a foreign terrorist group, which carries a maximum 15-year prison sentence. Mohammed Hamzah Khan, who lived with his parents in the Chicago suburb of Bolingbrook, is believed to have been trying to sneak into Syria to join the Islamic State group, according to a federal criminal complaint released Monday. Investigators said Khan left a three-page, handwritten letter in his bedroom for his parents that expressed anger over his U.S. taxes being used to kill his “Muslim brothers and sisters,” an apparent reference to a bombing campaign against Islamic State militants.

We are all witness that the western societies are getting more immoral day by day.

Mohammed Hamzah Khan, in a letter to his parents 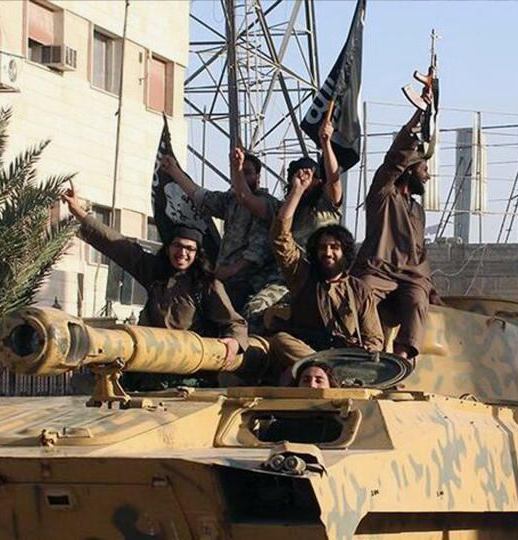