Gas stations in the sky: Mid-air refueling could save tons of fuel

Granted, the idea is far-fetched — and even researchers studying the possibility admitted such — but, in theory, the idea is an interesting one. The Zurich University of Applied Sciences study calls for refueling planes — three to five per regularly-scheduled flight — flying at about 30,000 feet. Planes are at their heaviest, and need the most energy, at takeoff, and the university noted that a lighter load could reduce noise pollution at airports.

The results of our collaborative research indicate a fuel burn reduction potential on isolated aircraft level between 11 and 23 percent for a typical 6,000 nautical miles flight with a payload of 250 passengers.

The project also includes a second, and far more radical proposal: Creating a sort of air-metro system, with giant aircraft circling the globe, and smaller “feeder aircraft” unloading passengers, luggage and waste midair and transporting them to destinations along the way — though they admit that idea would likely not be accepted by the general public. 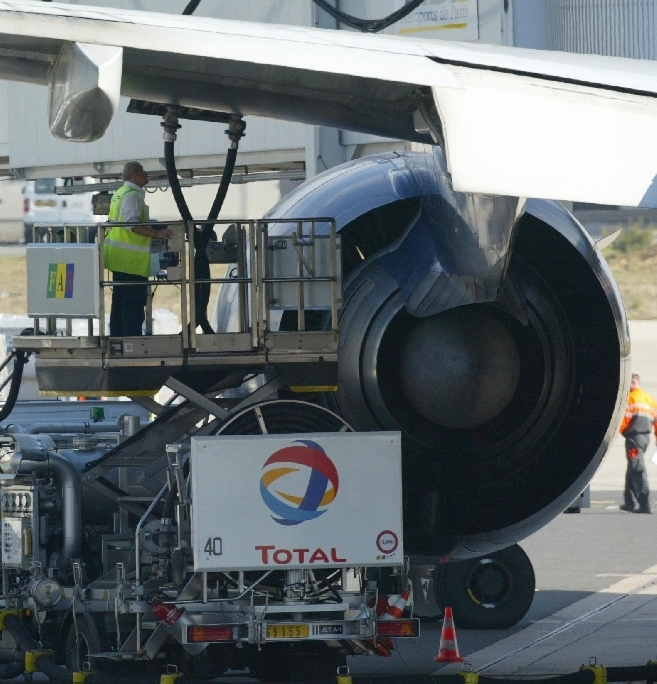