No schadenfreude here: Two German artists told The New York Times’ Michael Kimmelman they were the ones who placed the white American flags atop the Brooklyn Bridge—not to strike fear, but to encourage admiration of the architecture. In the confession, the Berlin-based artists Mischa Leinkauf and Matthias Wermke said they never meant to embarrass the New York Police Department or pull something akin to an act of terrorism. Instead, they wanted to celebrate the bridge and its engineer John Roebling, who was born in Germany and died in 1869 on July 22—the day they hoisted the white flags onto the bridge.

We saw the bridge, which was designed by a German, trained in Berlin, who came to America because it was the place to fulfill his dreams, as the most beautiful expression of a great public space.

Unfortunately for the duo, their ode set off a serious response from the NYPD, which amped up security at major bridges after it interpreted the flags as a security breach. In fact, the Germans said, they had hand-sewn the flags, using two kinds of white fabric to evoke the stars and stripes, and even folded the original American flags in the ceremonial method. (Leinkauf said the flags will be returned.) The act is something they’ve been doing for about a decade, according to their website. They target buildings and bridges in far-flung cities such as Tokyo and Vienna, pursuing projects that usually involve attaching materials or traversing through public space. 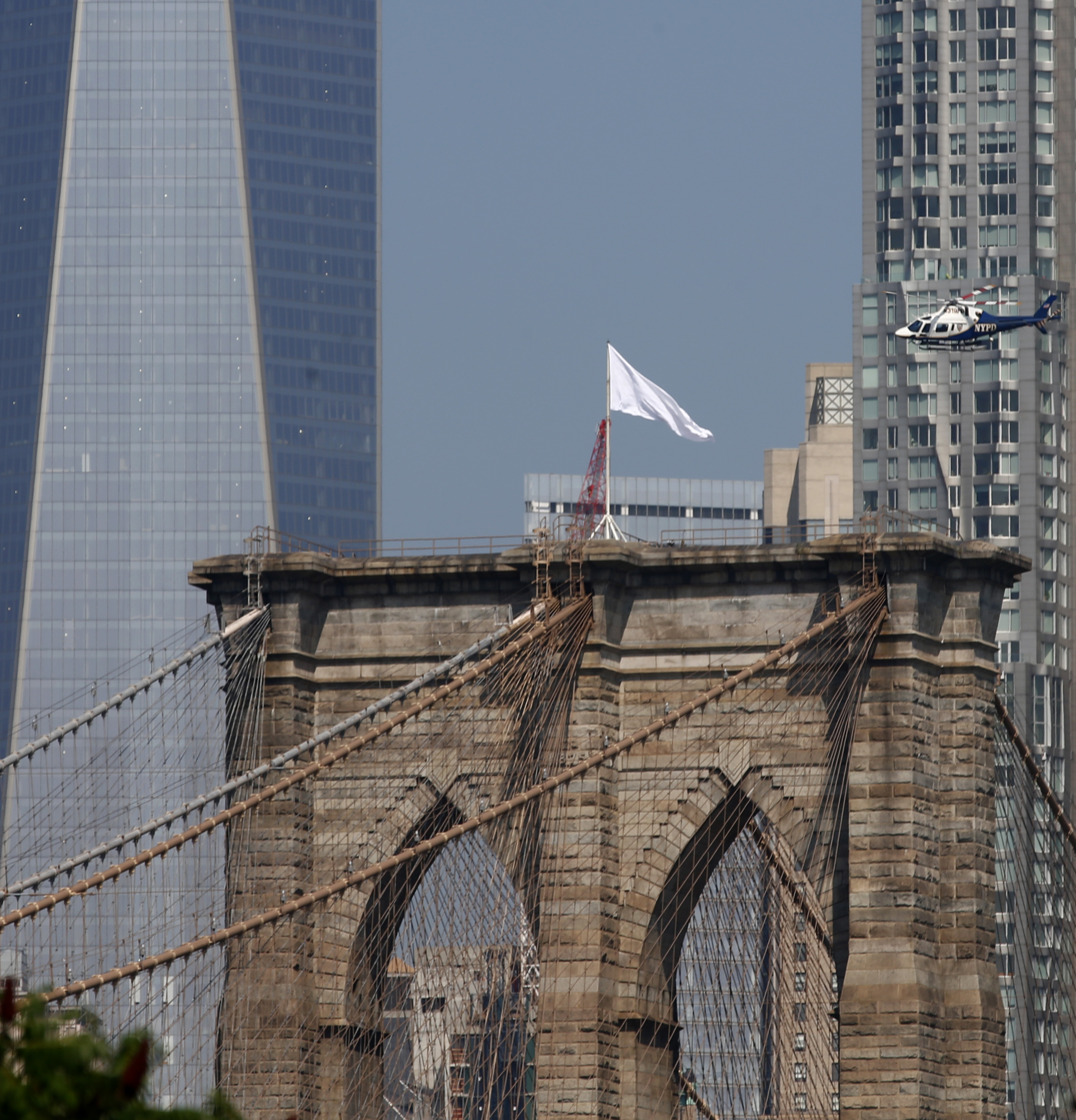