A convoy of nearly 300 trucks carrying what Russia says is humanitarian aid for victims of fighting in eastern Ukraine moved slowly toward the border on Wednesday despite concerns by Kiev and the West over the shipment, Russian officials said. But Kiev again insisted it would not allow the convoy on its territory. Around 280 trucks are carrying more than 1,800 tonnes of “humanitarian supplies,” including medical equipment, baby food, sleeping bags and electric generators, according to Russian media.

No humanitarian convoy of [Russian President Vladimir] Putin’s will be allowed to cross the territory of the Kharkiv region. Provocation by the cynical aggressor will not be permitted on our territory.

Russian President Vladimir Putin has justified sending the aid due to the “catastrophic” situation in the besieged rebel strongholds of Luhansk and Donetsk, where officials have warned of a looming humanitarian disaster because of shortages of food, water and power. But there are concerns by Kiev and the West that Moscow could use the operation as a cover for sending in troops. Russian media said the shipment had passed through the city of Voronezh on Wednesday, which would put it about 300 kilometres from the border crossing at Shebekino, where the foreign ministry said the aid would enter Ukraine. A Rossiya TV report from Voronezh said the convoy had over 495 kilometres to travel, and at an average speed of 60 kilometres per hour, it would arrive at the border only in the evening.

It’s a long drive and a bit tough, but how can we not help our Slav brothers.

Driver of one of the white ‘aid’ trucks 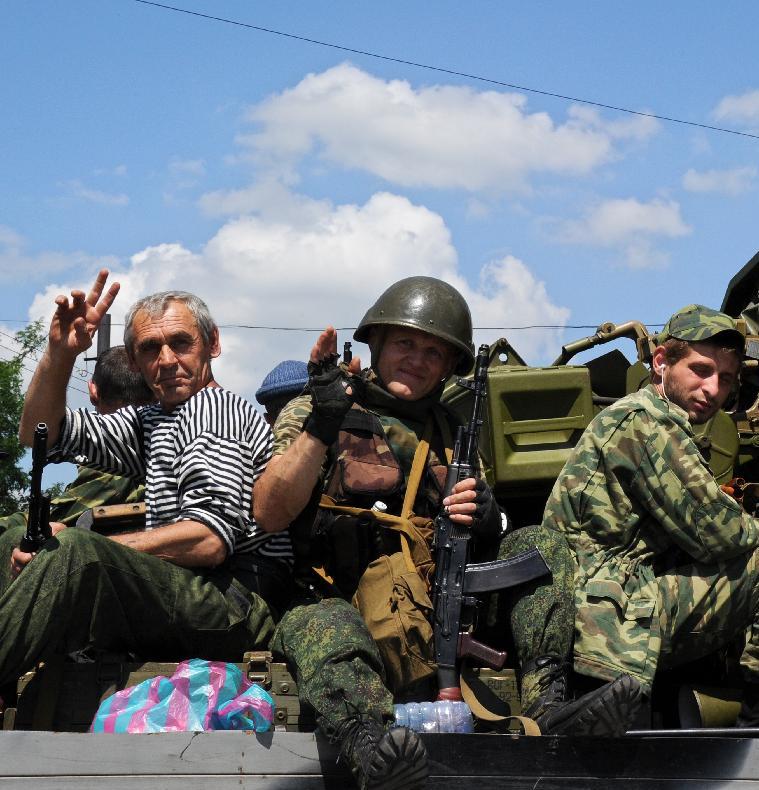