Germany fans sat down, got comfy and put their feet up—on their own sofas at a Berlin football stadium Monday to watch their team’s opening World Cup match against Portugal. In balmy evening temperatures, around 850 couches of all types and colours lined the green pitch at second-division FC Union, one of the capital’s two professional football clubs. Fans enthusiastically got behind the unusual initiative, hauling their sofas from home to the An der Alten Foersterei stadium where a giant 130-square-metre TV screen beamed Schweinsteiger, Mueller, Lahm and the rest of the team taking to the pitch in Salvador, Brazil.

I find the idea rather great … It’s like being at home. I’ve taken my shoes off … I live in the area. It took 10 minutes by car.” 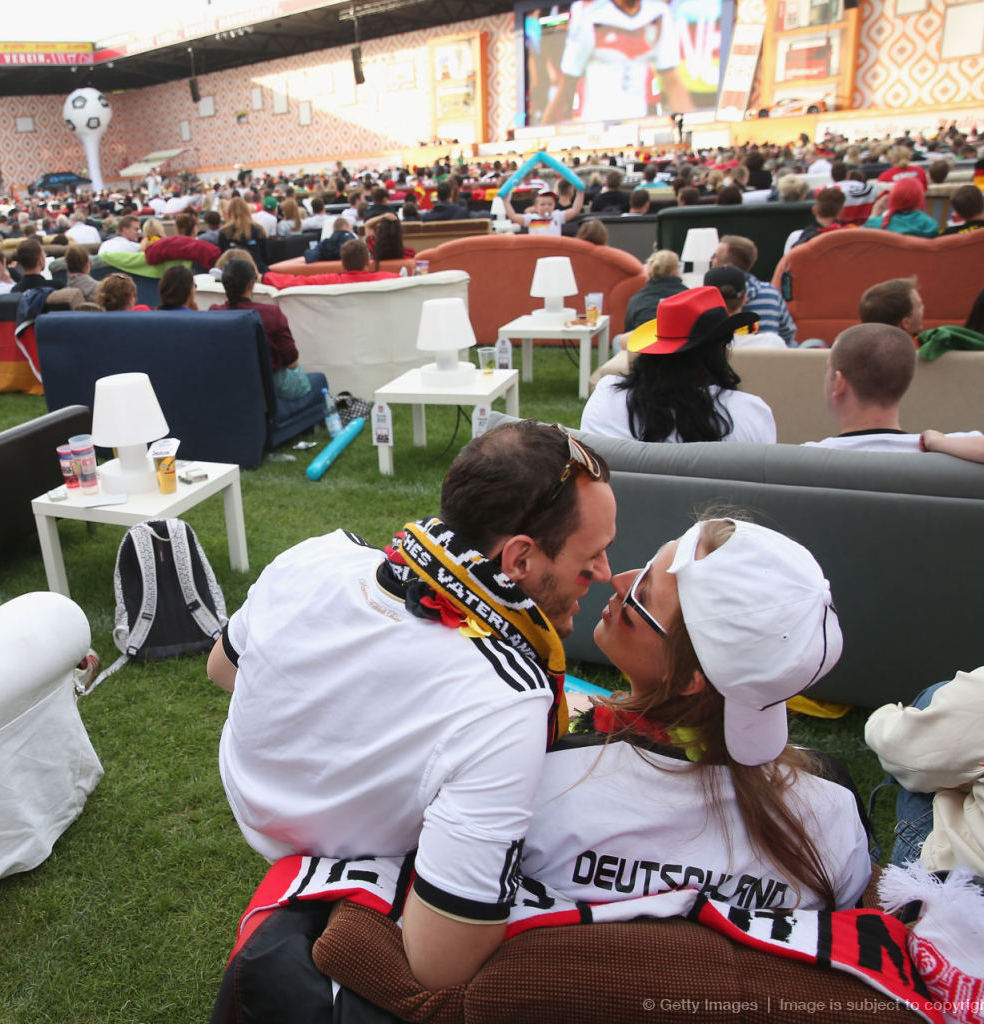