Gold had its biggest weekly rise in two months as the dollar retreated and oil prices slid last week. The precious metal was up 2.5 per cent by the end of this week after Tuesday’s big rally. Falling stock markets have prompted some investors to buy the metal as an alternative asset, while a drop in the greenback made dollar-priced bullion cheaper for holders of other currencies. Spot gold was down 0.5 per cent at $1,221.66 an ounce by 20:38 (GMT), while U.S. gold futures for February delivery settled down 0.3 per cent at $1,222.50, but were up 2.7 per cent for the week.

We have reached levels which short sellers have been attracted to in the past and this may slow the positive momentum that has emerged during the past week.

A. Ananthalakshmi in Singapore; Editing by Michael Urquhart

Risk appetite has been curbed by the dollar index (down 0.4 per cent), falling European stocks (2 per cent), and further declines in the price of oil. European shares posted their biggest weekly loss since mid-2011, while U.S. stocks also fell, putting the benchmark S&P 500 on track for its first weekly decline in eight. The improved sentiment toward gold showed in the holdings of the world’s top bullion-backed exchange-traded fund, SPDR Gold Trust, which rose 0.13 per cent to 725.75 tonnes on Thursday, up nearly 5 tonnes this week. Among other precious metals, silver was down 0.5 per cent at $17.00 an ounce, while spot platinum fell 1.1 per cent to $1,224.50. Spot palladium was down 0.7 per cent at $810.30. 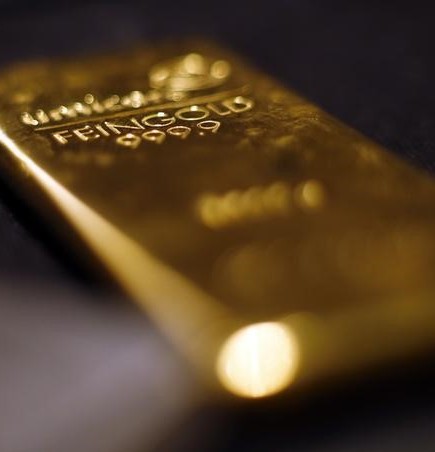