The grandfather of a Chinese HIV-positive boy has defended his support for a petition to banish him from their village, media reported Saturday, in a case that has sparked intense soul-searching in China. Some 200 residents — including the eight-year-old’s own grandfather — signed a petition to expel him from their village in China’s southwestern Sichuan province, in a bid to “protect villagers’ health”. The case has prompted huge debate on Chinese social media and highlighted the stigma attached to the disease in a country where sufferers face widespread discrimination.

We are getting too old, and he is getting more naughty…we don’t have the ability to look after him. If he didn’t live better outside the village, he could come back.

The child’s grandfather and guardian Luo Wenhui told the Beijing News daily that when he signed the petition he “hoped that it would make things better,” as the boy would receive improved care elsewhere. The boy, who has been given the pseudonym Kunkun by media, was left in his grandfather’s care when both his parents left the impoverished village to seek work. Reports said Kunkun was born HIV-positive through transmission from his mother. He was reportedly referred to as a “time bomb” by villagers worried about being infected, while local children shunned him. 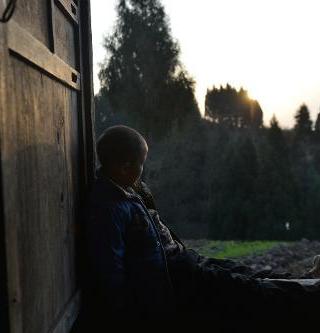