'Grateful to have my life back': Italy clears Amanda Knox of Kercher murder

Amanda Knox says she is “grateful to have my life back” after she and Raffaele Sollecito were acquitted of the murder of British student Meredith Kercher. A tearful Ms Knox said she was “full of joy” following the judgement by Italy’s top court, which brings an eight-year legal saga to a close. “I’m still absorbing the present moment, which is full of joy,” she told reporters outside her mother’s home in Seattle in the U.S. “I’m grateful to have my life back.”

Meredith was my friend. She deserved so much in this life. I’m the lucky one.

Ms Kercher’s family said they were shocked by the judges’ ruling, although they knew it was a possibility. In a statement they said: “Emotions are naturally raw at this stage. The decision came as a shock but was an outcome we knew was possible, even if it wasn’t what we expected. We now understand this decision to be definitive and the end of what has been a long and difficult process for all concerned.” Ms Kercher, who was 21 and from Coulsdon, Surrey, was sexually assaulted and stabbed to death in Perugia in 2007. Her flatmate Knox, also a student, and Knox’s then-boyfriend Sollecito spent four years in jail for the murder but were freed on appeal in 2011. Knox, now 27, returned to the US before an appeal court threw out the acquittal and reinstated the guilty verdicts last year. But the legal seesawing now seems to be over after both convictions were annulled by Italy’s Supreme Court.

Knox’s lawyer, Carlo Dalla Vedova, after the decision was read out 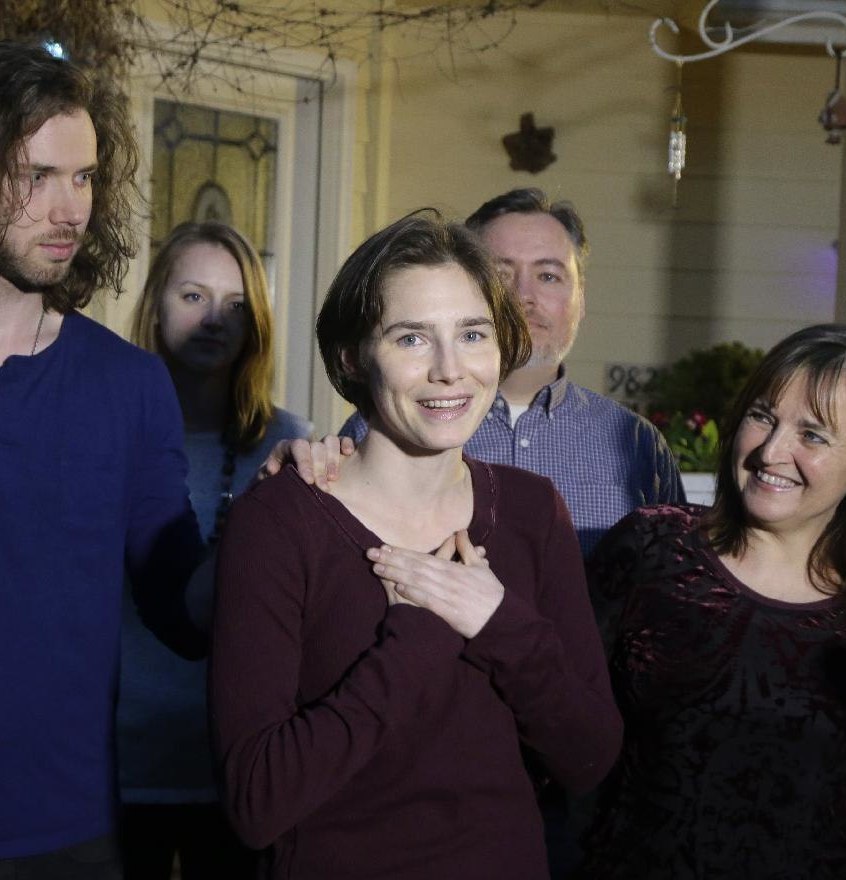