Why did the chickens turn pink? No, it’s not a riddle

It was a beautiful day for a stroll along the Portland waterfront for two pink chickens. Yes, pink chickens. The two chickens piqued the interest of the community and the Multnomah County animal shelter, which subsequently took the bright birds in on Thursday. Now, the shelter says the mystery of the chickens is solved. The owner has come forward and explained what happened. Owner Bruce Whitman of Portland said he used food coloring, beet juice and Kool-Aid to dye the two birds, then released them to “make people smile.” He said prank succeeded beyond his wildest hopes.

I didn’t expect to get this many people to smile.

He says he tucked the chickens into a tree to roost Thursday in a waterfront park, figuring they’d wake to a good day with water nearby and bugs to eat, spread some smiles and he’d pick them up Thursday evening. He soon heard news reports that the birds had become poultry celebrities. Animal Services billed Whitman about $16 per bird for their time in custody, and cautioned him about the risks of releasing birds in public places. He says he probably won’t do it again — but he and the birds have now been invited to a couple of parades. 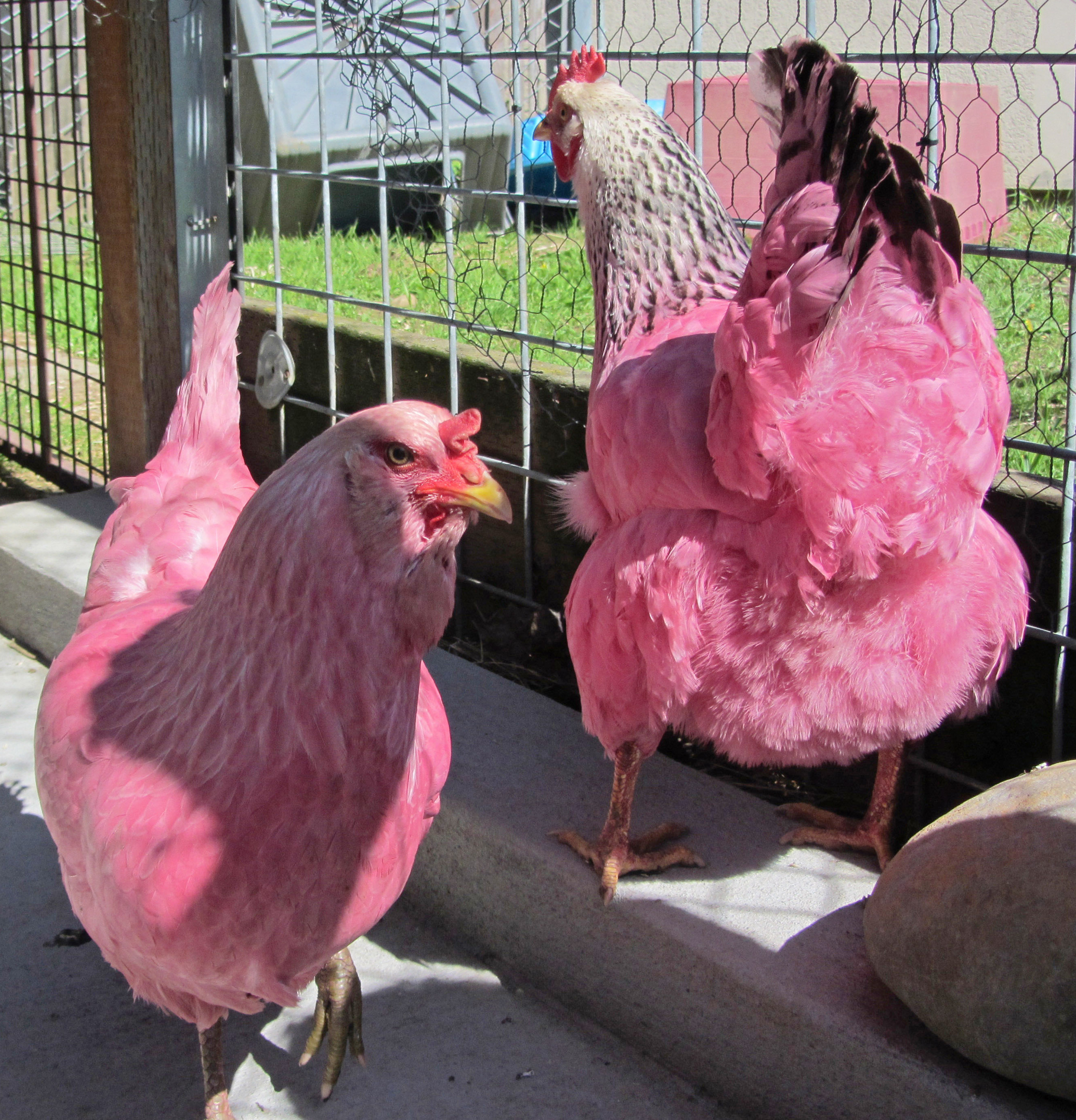