Great investment: Painting purchased for 50 cents is actually worth thousands

Jesse Ronnebaum isn’t sure what moved him to buy a worn painting of seven men playing pool from a yard sale other than his love of old things. It was listed at $1, but he haggled the price in half, and now the item he got after haggling may be worth thousands. Ronnebaum, who makes his living cleaning floors at a Honda plant, plans on using the money from the sale to get out of debt and set up savings for his children, ages 2 and 1.

Ronnebaum discovered the painting’s value last week, when the light hit the painting just right and he saw the words “Palette and Chisel Club 1910” in the corner. He did some research and learned the Palette and Chisel Academy of Fine Arts in Chicago, which still exists, has been associated with some well-known artists. He contacted several art dealers in Indianapolis and by the next day he had offers for the painting ranging from $500 to $1,500.

Watch to see if I pass up a yard sale now. 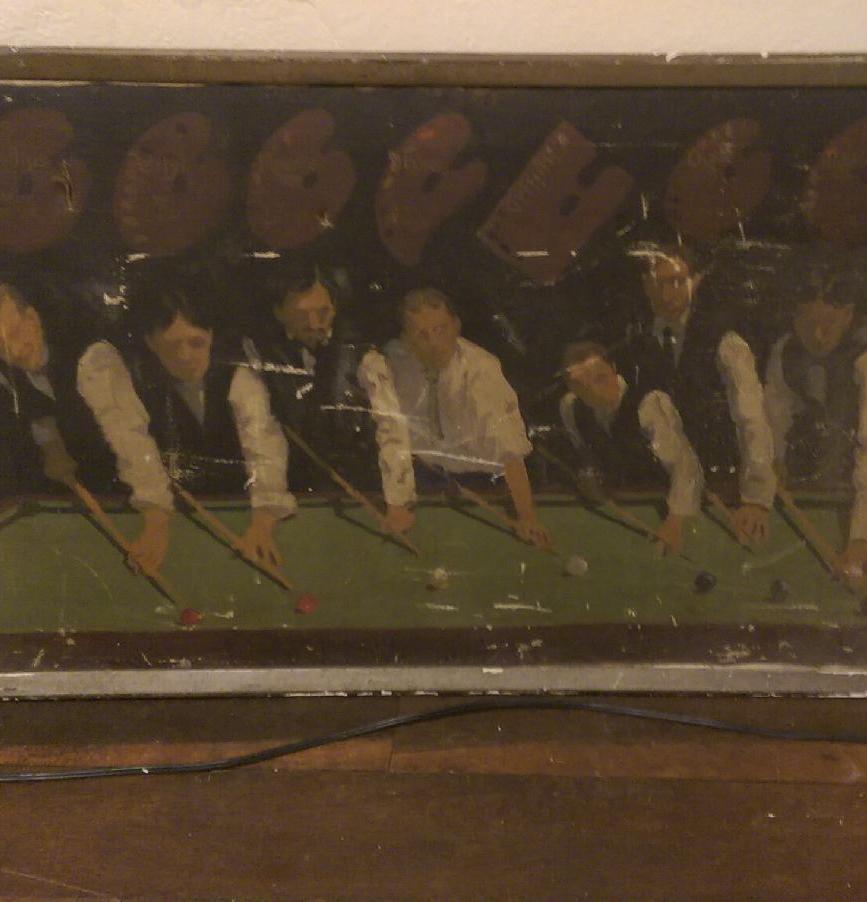