A great white shark that washed up on an Australian beach this week had a sea lion stuck in its throat which likely caused its death, fisheries officials said Thursday. The four-metre white pointer was filmed thrashing around just off Coronation Beach, 430 kilometres north of Perth, and was later found on the sand. The Western Australia Department of Fisheries said it had no visible signs of injury or disease, but had a large sea lion lodged in its throat.

This could explain why the shark was exhibiting such unusual behaviour in shallow waters… Such a large object may have damaged the shark’s internal organs or impeded water flow into his gills, contributing to his death.

After it beached itself, some onlookers attempted to drag the shark out to sea using a tow rope, but the animal returned to shore soon after.

We went to look at it and got within three or four metres of it but it started kicking and thrashing around again so we thought it was time to leave.

Brad Tapper, who witnessed the incident 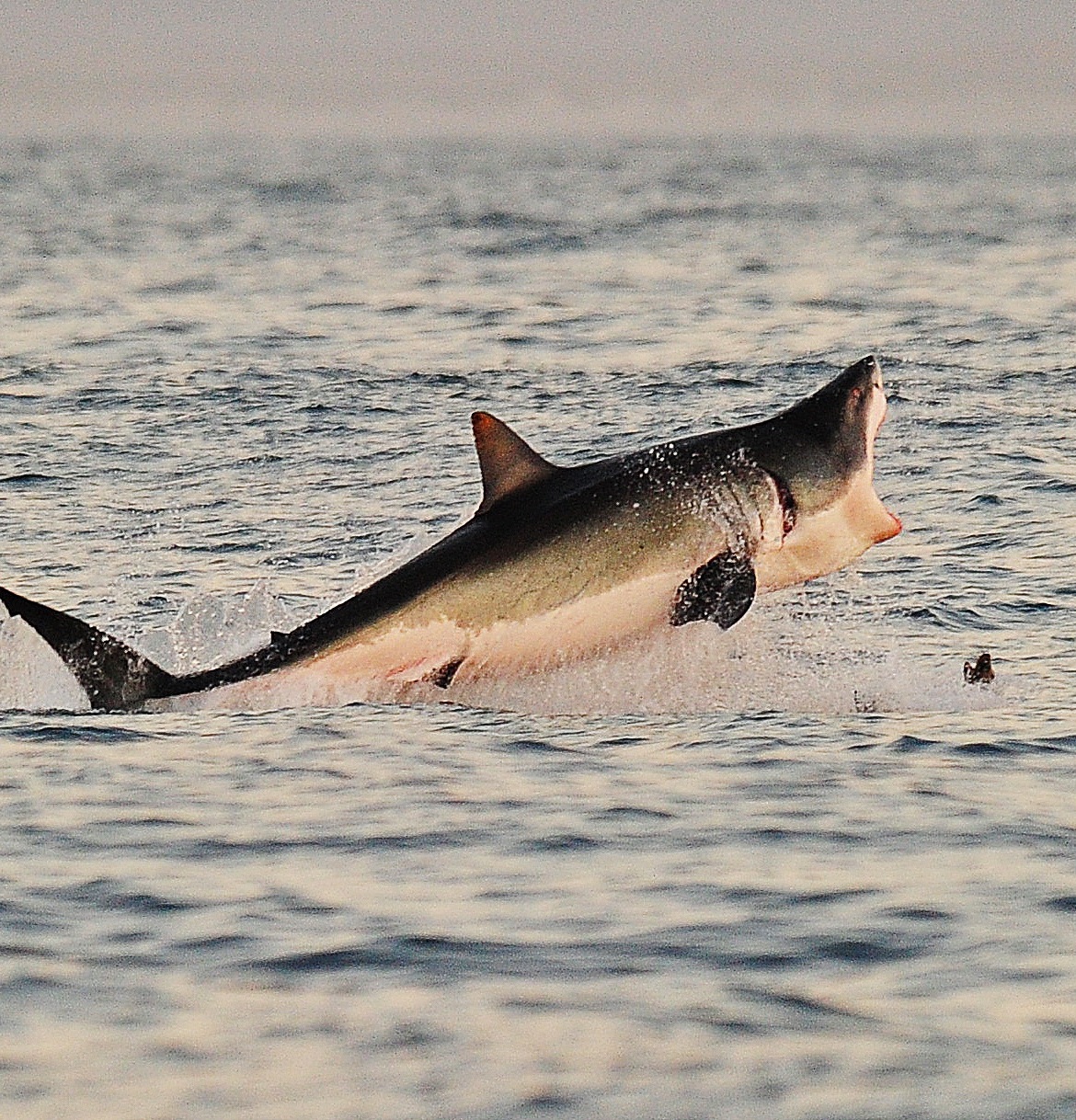