A great white shark has washed up dead on an Australian beach—after choking on a sea lion. Western Australia fisheries officials were left puzzled by the case of the four-metre white pointer. It had previously been seen thrashing around in the sea off Coronation Beach, 430 kilometres north of Perth. Experts found the shark, which washed up earlier this week, had no sign of visible injury or disease—but they found it had a large sea lion lodged in its throat.

Such a large object may have damaged the shark’s internal organs or impeded water flow into his gills, contributing to his death.

Local man Brad Tapper described how the shark was spotted by a man walking a dog after his pet refused to go in the water. “When we spotted it, it was about 50 metres off the shore. We thought it was a diver or something,” he told the West Australian newspaper. Some people tried to tow the the shark back out to sea after it beached, but the animal returned to shore. 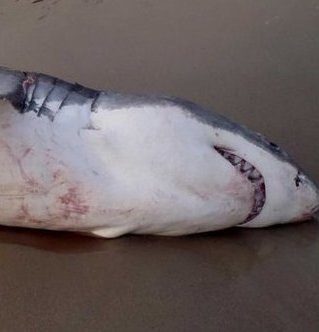