Gulf Arabs alarmed as U.S. suggests Assad has a future role in Syria

A remark by U.S. Secretary of State John Kerry that President Bashar al-Assad should be included in negotiations on a Syrian political transition provoked alarm and dismay on Monday among commentators close to Gulf Arab governments opposed to his rule. Saudi Arabia, the top oil exporter and main Arab ally of the United States, has long feared that the administration of President Barack Obama lacks the resolve to tackle Assad and that it is instead focusing on a nuclear deal with the Syrian leader’s main supporter Iran. Although there was no immediate official comment from Riyadh, Saudi analysts with connections to the ruling family and conservative Sunni Muslim clerics quickly voiced concern about Kerry’s remarks.

Bashar has no legitimacy after killing his people and driving 11 million out of their houses. How can you sit down and talk to him and keep him in power? It’s a big joke for us.

"We have to negotiate in the end," Kerry said. "We’ve always been willing to negotiate in the context of the Geneva I process," he added, referring to a 2012 conference which called for a negotiated transition to end the conflict. One major U.S. ally appeared to differ. France said it was sticking to its opposition to talks with Assad, saying these had to include Syrian opposition members and elements of the exiting regime - but not Assad - to pave the way to a unity government. Other Gulf countries, which like Saudi Arabia have backed Syrian rebels against Assad, worried about Kerry’s remarks. Sami al-Faraj, a Kuwaiti adviser to the Gulf Cooperation Council, said`: "If Kerry means that even after negotiations Assad would stay on, that is unacceptable." 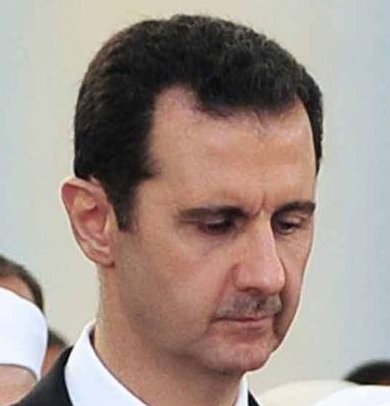