Gunmen have killed 20 construction workers in Pakistan’s southwestern province of Baluchistan, shooting them at point blank range after identifying where they were from, officials said Saturday. The area is plagued by violence, with separatists seeking greater control over the province’s rich oil, gas and mineral resources and gunmen have previously targeted outsiders seen as settlers. “Armed gunmen stormed the camp of labourers in Gokh Don area of Baluchistan Friday night and killed 20 labourers,” senior police official Tariq Khilji said. He said those killed were all from outside the province - 16 of them from Punjab and four from Sindh province.

The labourers were working on construction of a small local bridge. They had lined them up and shot them at point blank range after identifying their identity.

Akbar Hussain Durrani, a senior administration official in the province

The incident, which occurred around 1,050 kilometres (650 miles) southwest of Quetta, was confirmed by Akbar Hussain Durrani, a senior administration official in the province. Hussain said some of the labourers reported being woken from their sleep by the sound of gunshots and screams. Hussain said paramilitary troops were guarding the labourers but fled when confronted by a large number of armed attackers. The attackers fled on motorcycles. Nobody has claimed responsibility for the incident but Hussain said insurgents have attacked non-Baluch settlers in the area in the past. Human rights groups have long accused Pakistani security forces and intelligence agencies of serious abuses in Baluchistan, Pakistan’s largest but least populous province. The security services deny the allegations and say they are battling a fierce rebellion in the province. 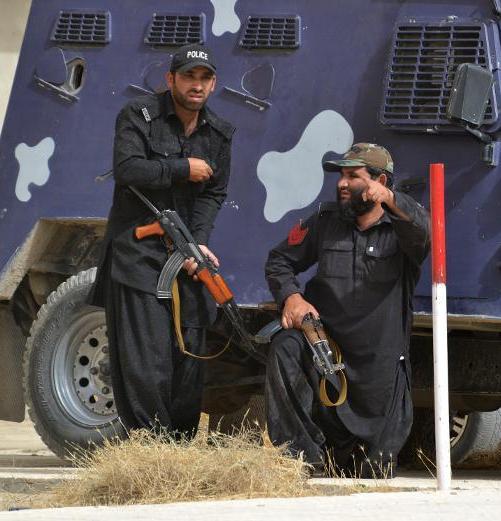