Hamas demands an end to blockade before agreeing to ceasefire

Israeli tanks and warplanes bombarded the Gaza Strip on Thursday, as Hamas militants stuck to their demand for the lifting of an Israeli and Egyptian blockade amid U.S. efforts to reach a cease-fire. The 16-day conflict has claimed the lives of 718 Palestinians, most of them civilians, Palestinian health officials say. Israel has lost 32 soldiers, all since July 17, when it widened its air campaign into a full-scale ground operation aimed at halting rocket fire from Gaza and destroying a sophisticated network of cross-border tunnels. Two Israeli civilians and a Thai worker in Israel have also been killed.

We started this operation to return peace and quiet to Israel, and we shall return it.

More than 2,000 rockets have been fired at Israel from Gaza since July 8, and the Israeli military says it has uncovered more than 30 tunnels leading from Gaza to Israel, some of which have been used by Hamas to carry out attacks. Israel’s blockade has been in effect since 2006. After the overthrow of Egypt’s Hamas-friendly government last year, Cairo destroyed many smuggling tunnels from Gaza to Egypt. These tunnels sustained Gaza’s economy, and were used by Hamas to import arms.

When it comes to the balance of power in this crisis between us and Israel, they are the executioners, the aggressors, the occupiers, the settlers, and we are the true owners of the land. 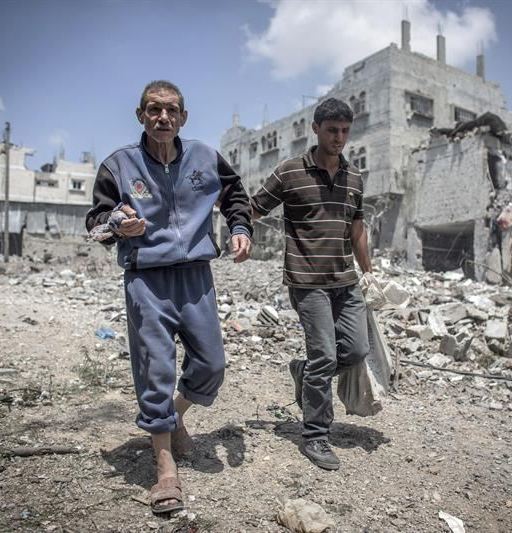