A Sudanese woman who was sentenced to death in Sudan for refusing to recant her Christian faith arrived in Italy and met the Pope on Thursday en route to the United States along with her family, including an infant born in prison. A spokesman for the Vatican said the pontiff thanked Meriam Ibrahim for her “witness to faith.” Ibrahim and her family are expected to spend a few days in Rome before heading to the U.S., where her Sudan-born husband has citizenship. Ibrahim, whose father was Muslim but whose mother was an Orthodox Christian from Ethiopia, was sentenced to death over charges of apostasy.

A day of celebration.

Ibrahim married her husband, a Christian, in a church ceremony in 2011. As in many Muslim nations, Muslim women in Sudan are prohibited from marrying non-Muslims, though Muslim men can marry outside their faith. The sentence was condemned by the U.S, the United Nations and Amnesty International, among others. Sudan’s high court threw out her death sentence in June, but she was then blocked from leaving the country by authorities who questioned the validity of her travel documents. 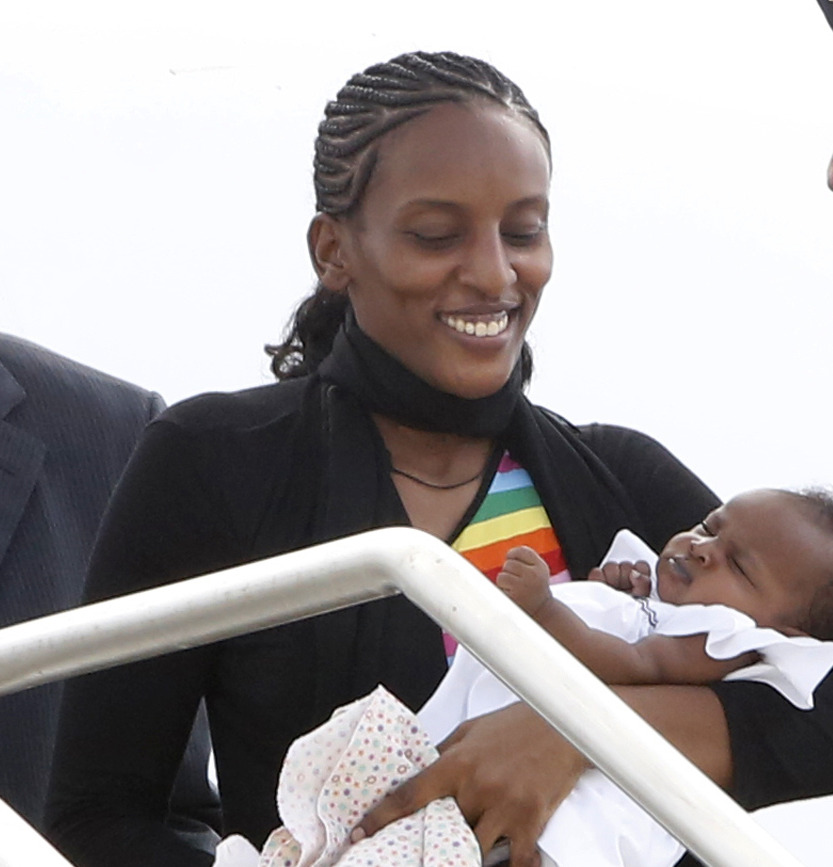